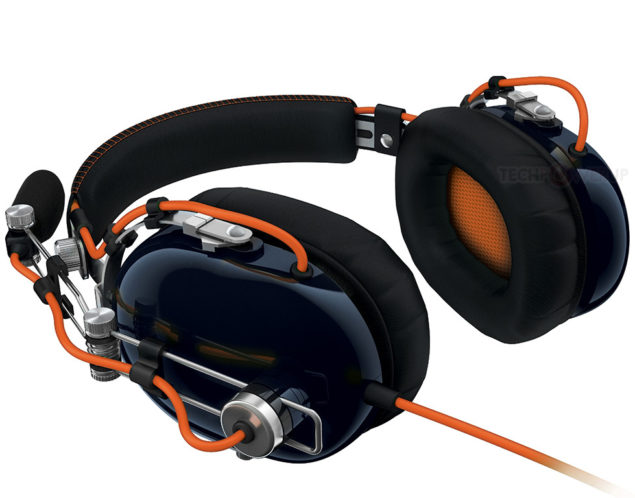 Razer, being  one of the leading gaming peripherals manufacturer on the market have come up with a new product and this time it's the Razer BlackShark headset. Styled and themed as a Battlefield 3 Collector's edition headset, it looks similar to aviator headsets with noise cancellation as well as a detachable boom microphone for use on the go where ever when ever needed.

The headset has circular yet oval ear pads that are comfortable on the head as well for long gaming periods. Mind you, as with every aviation headset and this one, your ears will tend to get sweaty when used over longer periods as the noise cancellation works by completely stopping any air going in and out of the headset.

Check out the press release below after the break.

Battlefield 3 is the most physical, dynamic and progressive shooter experience on the market. Now with the Razer BlackShark, gamers will be able to take to the skies feeling like a genuine attack helicopter pilot with complete circumaural ear cups designed to facilitate an authentic auditory in-game experience. Razer’s superior sound-isolating technology blocks out undesirable ambient noises and, for moments of truce, the Razer BlackShark comes with a detachable boom microphone for use on-the-go.

“The Razer BlackShark is a PC gaming headset with crisp audio and booming bass that is built for a highly intense shooter like Battlefield 3,” said Robert ‘RazerGuy’ Krakoff, president of Razer USA. “It lets you hear the gunfire, the explosions and the thunderous roar of the jets, as if you were in the heat of the battle. Designed based on headsets sported by real attack helicopter pilots, no serious soldiers on the frontlines of Battlefield 3 should be without their Razer BlackShark.”