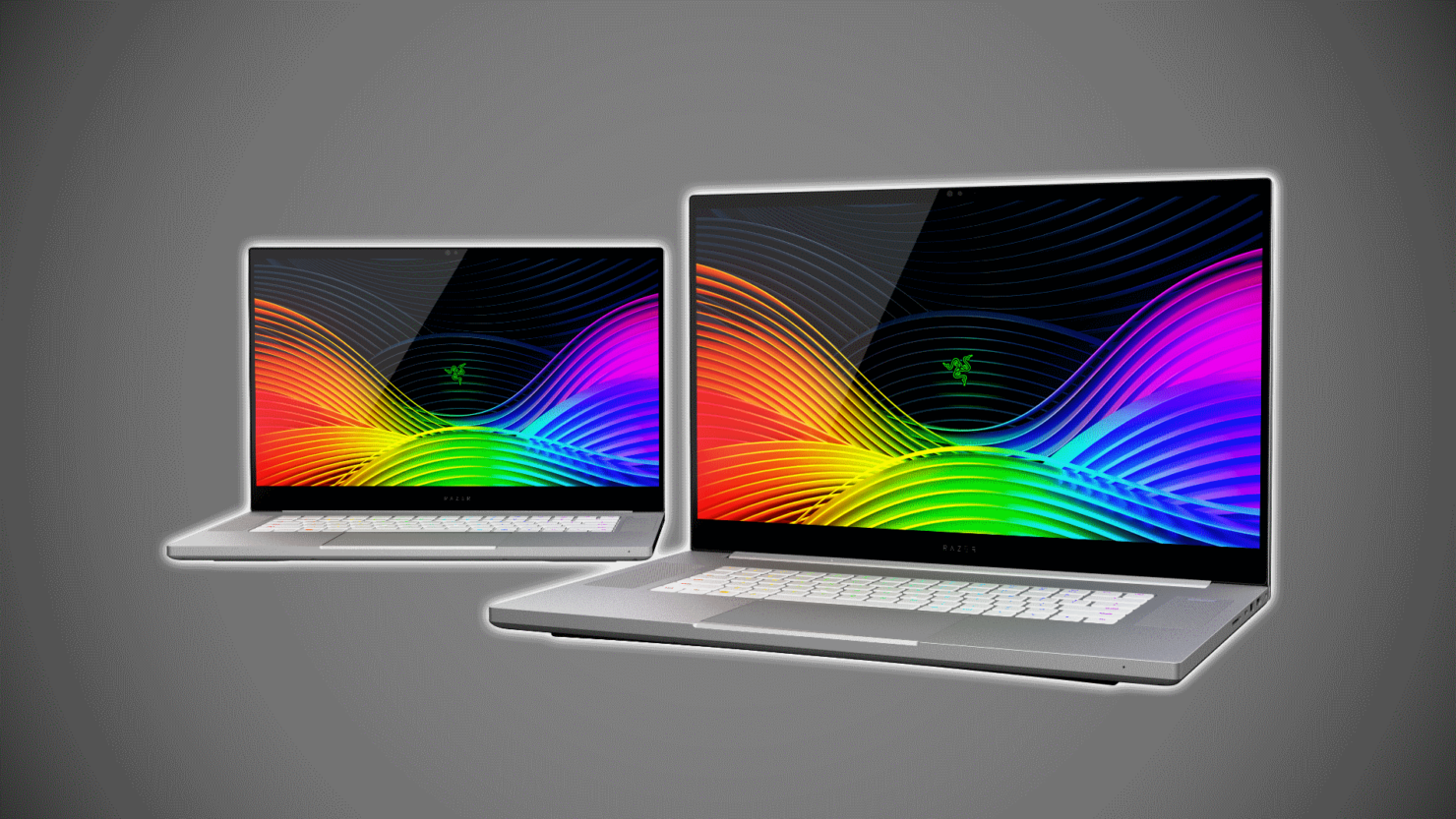 Computex is full of the unexpected and Razer has delivered just that with the Razer Blade Studio Edition laptops.  They taking things beyond gaming and focusing this one on the creative professionals by adapting their attractive designs signature look going straight for the throat of Apple.  If it wasn't for the signature white keys of the Mercury White design of the Razer Blade line you could easily mistake this for a MacBook Pro.   This time around don't expect to be seeing just GeForce cards powering these beautifully crafted machines but you'll also find the RTX Quadro 5000 Mobile is available.

The Razer Blade Studio Edition will be available in the Mercury White finish along with 4K display options, memory being boosted to 32GB as the NVMe drive coming in at 1TB.  And the drivers for the NVIDIA cards will come preloaded with creatives in mind, prioritizing professional workloads over gaming performance.

“Razer Blades have become the laptop of choice for users desiring uncompromising performance in a premium design. Now, with the power of NVIDIA Quadro GPUs, the Razer Blade Studio Edition will exceed the demands of professional content creators.”

The Razer Blade 17 Studio Edition will be stepping things up a serious notch in the display realm with a 4K panel but this time it's in a 120hz variety for an insanely smooth experience. The CPU will also be getting a shot of juice by going with the Intel Core i9 9880H and the GPU will be the same NVIDIA Quadro RTX 5000 mobile GPU as the Razer Blade 15 Studio Edition.

Of course, if the NVIDIA Quadro RTX 5000 ever becomes a bit underwhelming both are compatible with Razer's own Razer Core X eGPU enclosure, just in case you forgot they had that.

Razer is pushing forward with their #MADEWITHBLADE campaign even harder now that they are directly targeting creatives and professionals with this new lineup of graphics cards.  I for one am glad to see the professional GPU space heat up in the mobile area as I personally know quite a few engineers who would welcome this extra power, not sure how beneficial the RTX functions would be, but time will tell.

“The combination of NVIDIA Quadro and GeForce RTX GPUs with Razer’s sleek design and up to4K display make for an excellent laptop for content creation,” said Jason Paul, general managerof GeForce software and technology at NVIDIA. “The ray tracing, AI, and 6K+ video prowess ofthe Razer Blade RTX Studio laptops will free artists from their desks and allow them to createamazing art from anywhere.”

Studio Edition Blades will be made availablelater this year.Official pricing and availabilitytobeannounced at a later date.