inXile Entertainment is really going all out in the new trailer they just released for the Bard's Tale IV. If only they were able to use the late Billy Mays as their spokesperson here. This wins as the best infomercial ever.

The new trailer takes on a distinctly modern late night commercial vibe, telling you without a doubt why you should support their already successful Kickstarter campaign. I know you're tired of constantly having to pay money for add-ons and DLC that make a game feel finished. That's the promise that inXile Entertainment is making, to have a game that doth not need extra content to feel expansive and complete. All for one low, low price!

The Bard's Tale IV has raised almost $1.5 million and is looking to break that very soon with a lot of enthusiastic backers. inXile Entertainment is bringing back a lot of the original people who worked on the classic Bard's Tale adventures from so long ago, so that this can be truly authentic. 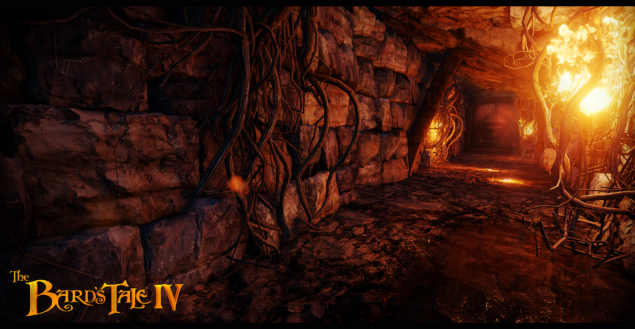 The Bard's Tale IV will be a true sequel to The Bard's Tale in every way, with near infinite ways to progress and develop your own party with all the classic hallmarks of action RPG’s we love. You won’t simply be leveling up your character, but instead evolving them in novel ways.  Move from a more benign magician to a much more powerful sorcerer, chronomancer, geomancer or even an archmage. inXile Entertainment also assures us that there is plenty of player involvement on the world landscape. Your choices have real and permanent consequences in-game, and the Skara Brae reacts to those decisions in sometimes unpredictable ways.