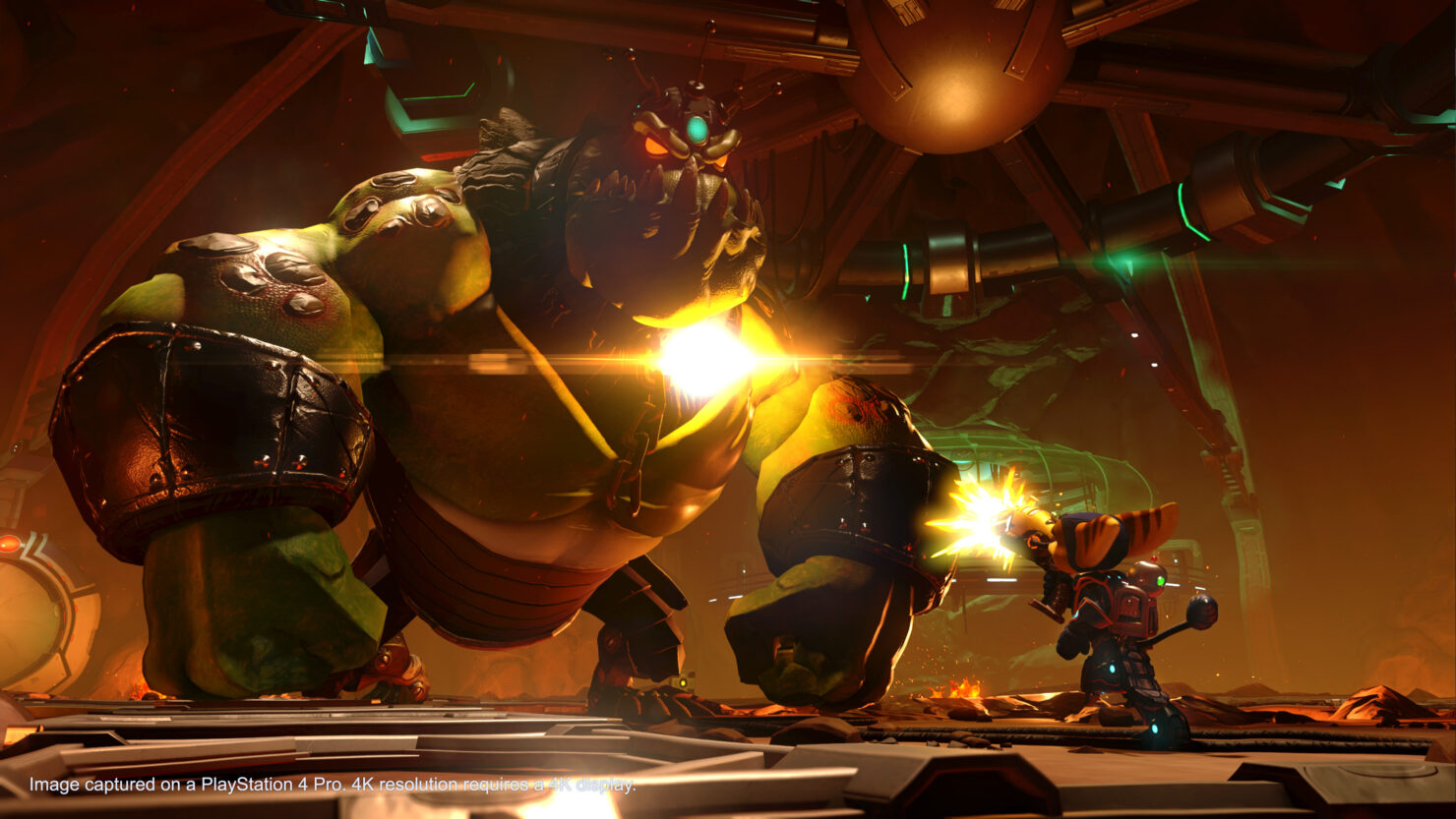 A Ratchet & Clank PS4 Pro update is inbound according to developer Insomniac Games. The update should be available on or ahead of the launch of the PS4 Pro next week.

Insomniac’s community lead, James Stevenson, announced the update on the official PlayStation US Blog just now. Through the update, Insomniac’s Ratchet & Clank reboot will be taking advantage of the extra power within Sony’s enhanced PS4 console.

Insomniac writes that those with a 4K compatible display will be able to enjoy the game at a “much higher resolution”.

PS4 Pro users with a 1080p TV will see a big increase in gameplay image quality as well. The technique we’re using to get to those better resolutions is something we’re calling Temporal Injection. This allows us to not only hit a much higher resolution, but also to do it with jaggie-eliminating anti-aliasing as well. The extra resolution and HDR’s ability to display even more of the colorful Solana Galaxy should combine for the best image quality you’ve ever seen in a Ratchet & Clank game.

We’re really excited about the potential of the PS4 Pro and what it means for our games. From Ratchet & Clank (PS4) to our upcoming game with Marvel Entertainment, Spider-Man (working title), PS4 Pro gives us the power to release our best-looking games ever.

On PS4 Pro, the game uses a technique called “Temporal Injection” instead of the checkerboard rendering that most PS4 Pro titles seem to be using. According to Videogamer.com, the game won’t render in native 4K, and the reboot runs at 30FPS on both 4K and 1080p displays with full-screen anti-aliasing. On 1080p displays, the game is supersampled down to 1080p from 4K.