New Rare Title to be Revealed at E3 2015, Not a Kinect Game; Banjo-Kazooie or Battletoads?

For a while now it has been teased that Rare have some new projects under development, and Phil Spencer himself teased a few possibilities and in occasion even teased at some favorite franchises making a comeback.Rare creative director Simon Woodroffe, has confirmed that a new Rare game will be announced at E3 2015.

@leflus E3 will tell the world what Gregg Mayles new project is about.

Woodroffe also mentioned that the new title is not a Kinect game.

While this does not come as a surprise it's the first time that an actual Rare developer confirmed that a new title from the legendary studio will be present at this year's E3 event. Previous reports that more than one title is under development at Rare, but it is unclear whether all of them will be revealed at E3 2015 in June.

The return of Battletoads and Banjo-Kazooie franchises have been the frontrunners for a comeback, and I have to admit that both of these titles make the Xbox One line-up seem much more interesting. The video game market has been stale with titles like this and they could both offer a breath of fresh air from the overly violent and realistic alternatives popular today.

The recent Kickstarter for platformer Yooka-Laylee, the spiritual successor to Banjo-kazooie developed by Playtonic Games, made up of Rare veterans, has smashed its campaign in just a few hours, not even reaching its goal but raising over 1.5 Million in just a couple of days. This goes to prove that the video game industry is hungry for this time of game and it is actually the perfect time for the buddy platformer to be making a comeback. 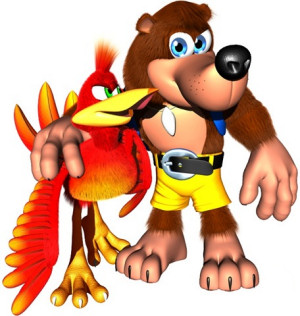 A new Banjo-Kazooie for the Xbox One and hopefully the PC will be incredible news, and with potential support for DX12 a title like this could prove to be one incredible experience. Same goes for a Battletoads title, which even though its has been a little too long since we had a major Battletoads game, the huge potential that the franchise and its characters hold is quite exciting.

We will bring you any news on Rare and their projects, as well as Banjo-Kazooie and Battletoads as soon as it becomes available. Be sure to check out our previous Microsoft coverage for more information, here and here.