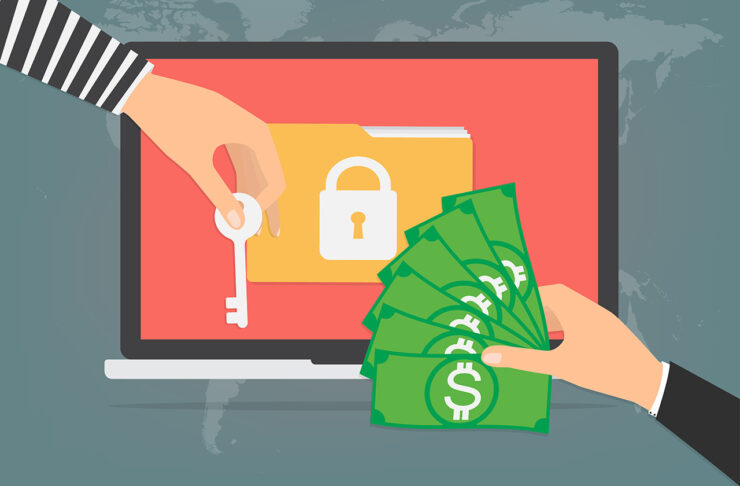 "When you're computer dependent, especially government, it makes it difficult to do much"

In the latest news of ransomware wreaking havoc, several local government offices in Ohio have been hit. A ransomware attack earlier this week caused the Licking County government to shut down its computers and phone systems indefinitely to prevent the virus from spreading and to protect data. Reports suggest that the Federal Bureau of Investigation and the Bureau of Criminal Investigation have been notified.

The Licking County government offices, including the police force, saw their systems shut down by ransomware late Tuesday night, despite receiving warnings from the state auditor last summer. While there aren't any specific details available, it appears someone in the office was tricked into downloading malware through a phishing scam. Now, the County's servers are all locked up. 

"The virus, accompanied by a financial demand, is labeled ransomware, which has hit several local governments in Ohio and was the subject of a warning from the state auditor last summer," the Newark Advocate reported.

All county offices remain open, but online access and landline telephones are not available for those on the county system. The shutdown is expected to continue at least the rest of the week.

911 Center has been operating in manual mode since late Tuesday night. The 911 Center phones and radios work, but dispatchers do not have access to their computers. The public can still call 911 for emergency police, fire or medical response.

The officials haven't disclosed the amount of ransom demand. It isn't also immediately clear if the county is considering to pay the ransom. "It’s their [cybersecurity experts and law enforcement's] call to decide if we can get this resolved ourselves," Licking County Commissioner Tim Bubb said.

"That decision has not been made and is not our call at this point. We're dealing with a criminal element. It's a crime against the people of Licking County and its government."

Ransomware attacks have seen a spike in the last few months, taking data hostage for ransom. Hospitals, educational institutes, and government offices have all had to deal with them. As it's repeatedly said governments need to do more than the "best practices" of cybersecurity to be able to aggressively deal with growing threat of different kinds of cyber attacks.

"You get used to the modern conveniences and converting back to the manual way, it's a little bit difficult," a County official said.

While 911 services for emergency, fire or medical response are live, the response time could be delayed in the county since dispatchers do not have access to computers.

"It's slower than we'd like," Sean Grady, director of the Licking County Emergency Management Agency and Regional 911 Center said. "It takes us back 25 years in how we dispatch. We ask more detailed questions."

The officials also don't have any clue how long it's going to take for them to get back access. Grady said that "It's going to be awhile. Until they identify what it was, they don't know how to fix it."

While everything else failed, County Auditor Mike Smith found at least one reason to be happy about. "Apparently, our clock still works."