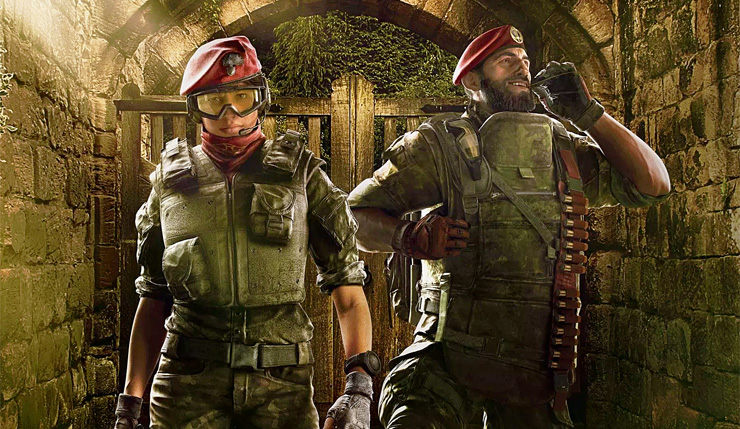 Rainbow Six Siege has fully pulled the curtain back on its big Year 3, Season 2 update, Operation Para Bellum. Last week we brought you trailers for Para Bellum’s new map, Villa, and one of its two operators, Alibi, and now we have a trailer for the other operator, Maestro.

Ubisoft has also released a full Operation Para Bellum overview trailer, which provides a better look at the Villa map, and a full rundown of Alibi and Maestro’s special abilities. As most predicted, Alibi can project holograms to confuse the enemy, while Maestro can plant nearly-indestructible cameras that can see through almost anything and defend themselves with lasers.

In Operation Para Bellum, two Italian G.I.S. Operators join Rainbow as the unit raids a luxurious Tuscan villa, Rainbow Six Siege’s 20th map. The land belongs to the Vinciguerra, a dangerous crime family known for their smuggling activities. The house is their retreat, where they lead a lavish lifestyle and collect rare art pieces. Players will arrive at Villa during a key moment: Vinciguerras are burning documents and transporting their holdings before the big raid. But they’ve got wind of Operation Para Bellum and fled, leaving everything in disarray with vital information ready for the taking.”

Rainbow Six Siege is available on PC, Xbox One, and PS4. Operation Para Bellum hits test servers on May 22, and launches in full sometime in June.