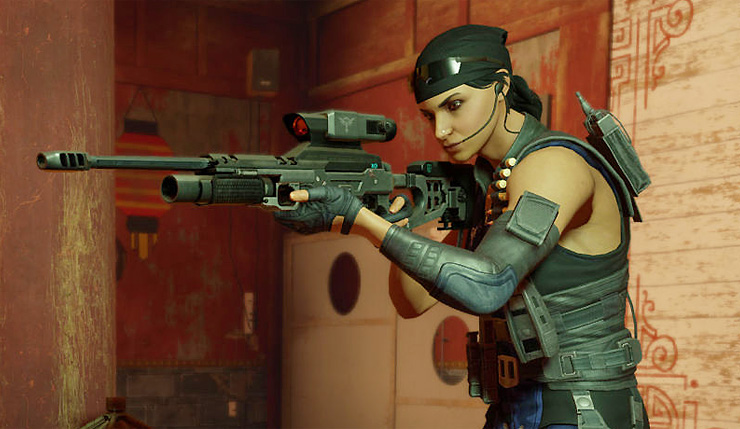 Rainbow Six Siege “Operation Shifting Tides,” the final season of the tactical shooter's fourth year of content, is almost here (in fact, it’s available on test servers now) and Ubisoft has detailed it’s new Operators, reworked map, and new features. You can check out a full overview of Operation Shifting Tides below.

The two new Shifting Tides Operators are Indian attacker Kali and Kenyan defender Wamai. Kali comes equipped with the CSRX 300 sniper rifle, the first new weapon in Rainbow Six Siege since season 3, which can blast holes in just about anything. Here’s her official description:

Our two new Operators me in the Nighthaven Special Intervention Company, a private military group owned and led by Kali. She is equipped with a CSRX 300 sniper rifle that can breach barricades and hatches in a single shot. Her gadget is its under-barrel, the LV Explosive Lance, that destroys all gadgets on both sides of breakable and reinforced surfaces.

Meanwhile, Wamai has a magnet gadgets which, once planted, will attract grenades and other explosives, which is certainly a unique power. Honestly, doesn’t sound as cool al Kali’s badass sniper rifle, but I’m sure hardcore Siegers can find a use for it. Here’s your Wamai description:

Wamai is Kali’s best operator at Nighthaven. His gadget, the Mag-NET System, can attract enemy projectiles and have them detonate at its location. Wamai can make Attackers’ grenades and projectile gadgets useless, or better, turn them against their users.

In addition to the new Operators, Shifting Tides reimagines the classic Theme Park map, making it more condensed in general. The new sniper rifle comes with an update to the Siege’s bullet penetration mechanics – you can now shoot through limbs, and even multiple opponents. Oh, and Capitao is getting a new elite skin (check that out below).

Rainbow Six Siege is available now on PC, Xbox One, and PS4. As mentioned, Operation Shifting Tides is available on test servers now. A final release date has not been set, but expect the new season to drop sometime in early next month (probably Tuesday December 3). What do you think? Liking the Shifting Tides operators and other goodies?