The first AMD Volcanic Islands R-200 series graphics card Radeon R7-250 and Radeon R7-240 based on the upcoming Oland based architecture have been leaked by Videocardz. The leak confirms the new naming scheme that AMD is going to feature on their next generation Volcanic Islands graphic cards. 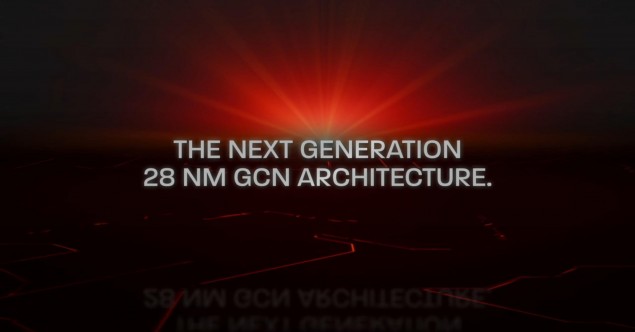 The HIS Radeon R7-250 and HIS Radeon R7-240 graphic cards are entry level Volcanic Islands solutions which feature the Oland XT and Oland Pro graphics core respectively. The new GPUs are based on a faster variant of Cape Verde core so would end up a bit faster than the Radeon HD 7770 and Radeon HD 7750 but would be a bit slower compared to the Bonaire XTX based Radeon HD 7790. Its quite surprising that the leak is regarding GPUs built by HIS since they were the first manufacturer to officially leak the codenames of AMD's Volcanic Islands series.

The HIS Radeon R7-250 makes use of the Oland XT core which is built on the 28nm process and features a clock speed ranging from 1000 MHz based and 1050 MHz boost, featuring upto 1 GB of GDDR5 memory clocked at 4600 MHz and supports PCI-e x16 3.0 interface. GPU configurations currently remain unknown.

The HIS Radeon R7-240 makes use of the Oland Pro core which is also built on a 28nm process but features less impressive clock speeds of 730 MHz base and 780 MHz boost while supporting upto 2 GB of DDR3 memory with a clock speed of 1800 MHz and supports PCI-e 3.0 x16 interface. It is easy to note that the Oland Pro part would feature lesser stream processors than its bigger Oland XT brother.

From a previous leaked codename chart, we can see that the VLIW based low end Radeon HD 6670 and Radeon HD 6570 have finally been replaced by decent offerings. You can see more details regarding upcoming product lineups below:

Both cards would be available in reference and non-reference models featuring the HIS IceQ and HIS iCooler. The Oland Pro Radeon R7-240 part that has been pictured is powered by its PCI-e connector representing a TDP of 75W while the TDP for the Radeon R7-250 part remains a mystery until next week. Credit for the leak goes to Videocardz who have done an amazing job getting first information regarding AMD's Volcanic Islands GPUs. Stay tuned for more information on the go!