AMD has announced today a price cut on it's recently released Radeon R9 280. The R9 280 was announced this March and is one of the company's lower performing GPUs. Compared to the next R9 280X, the next GPU in the lineup, there are several performance differences between the two. The 280 has a 20% lower clock speed of 5000 when compared to the 280X. In addition, the GPU has a lower turbo clock speed of 925 MHz as well. Other performance differences include lesser shading and computing units and also a lower memory clock speed. 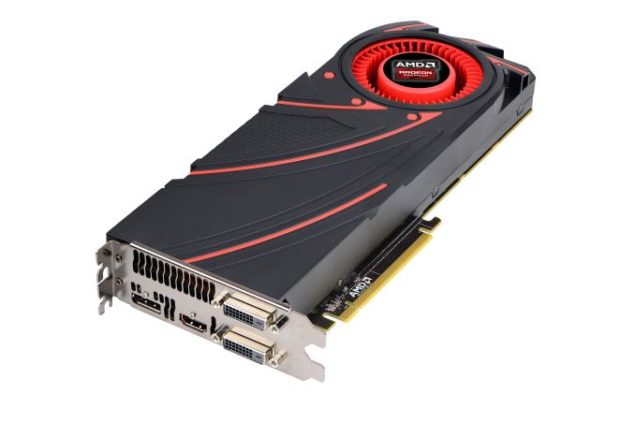 Cryptocoin Mania Subsides. The R9 280 Back to Price Relative to Performance Specification of Other Cards.

The 280 was launched by AMD in March. This was amidst all the bitcoin - litecoin mining craze, In February particularly we saw the 290X's price briefly touch the $ 900 mark. Considering it's MSRP was $ 550, this is a substantial increase. AMD's GPUs were known to perform better at mining, giving more hashing speeds when compared to rival Nvidia's GPUs, with the R9 290X giving a speed of 790 MH/s. Since all the hype is over now, AMD is now cutting the price of the card to $ 249. It should be kept in mind that amidst the price rocketing of the cards, AMD had not changed it's MSRPs. This not only led to the company not getting any of that additional dollar change in the price but also had other affects. AMDs entire strategy had evolved around GPU price cuts to increase sales. Some of its GPUs equaled Nvidia's in performance but were available at lower prices. This increase in overall prices did indeed put the company in quite a pickle.

The $30 price cut now puts the R9 280 nicely in between the 270 and the 280X. The 280X is priced at $299 while the 270 is priced at $199. With the R9 280 now being $249, it sits exactly in the middle, corresponding equally to performance specifications as well. It also puts it in the range of Nvidia's GTX 760, which has a MSRP of $249 as well. This puts both the cards in tight competition indeed. In fact it can now be said that things are finally back to normal. The price cuts are expected to be put into effect by retailers in a couple of days. Finally, the price cut does not in any way affect the 280's gold tier status in the Never Settle Bundle Program. The card still qualifies for 3 games.