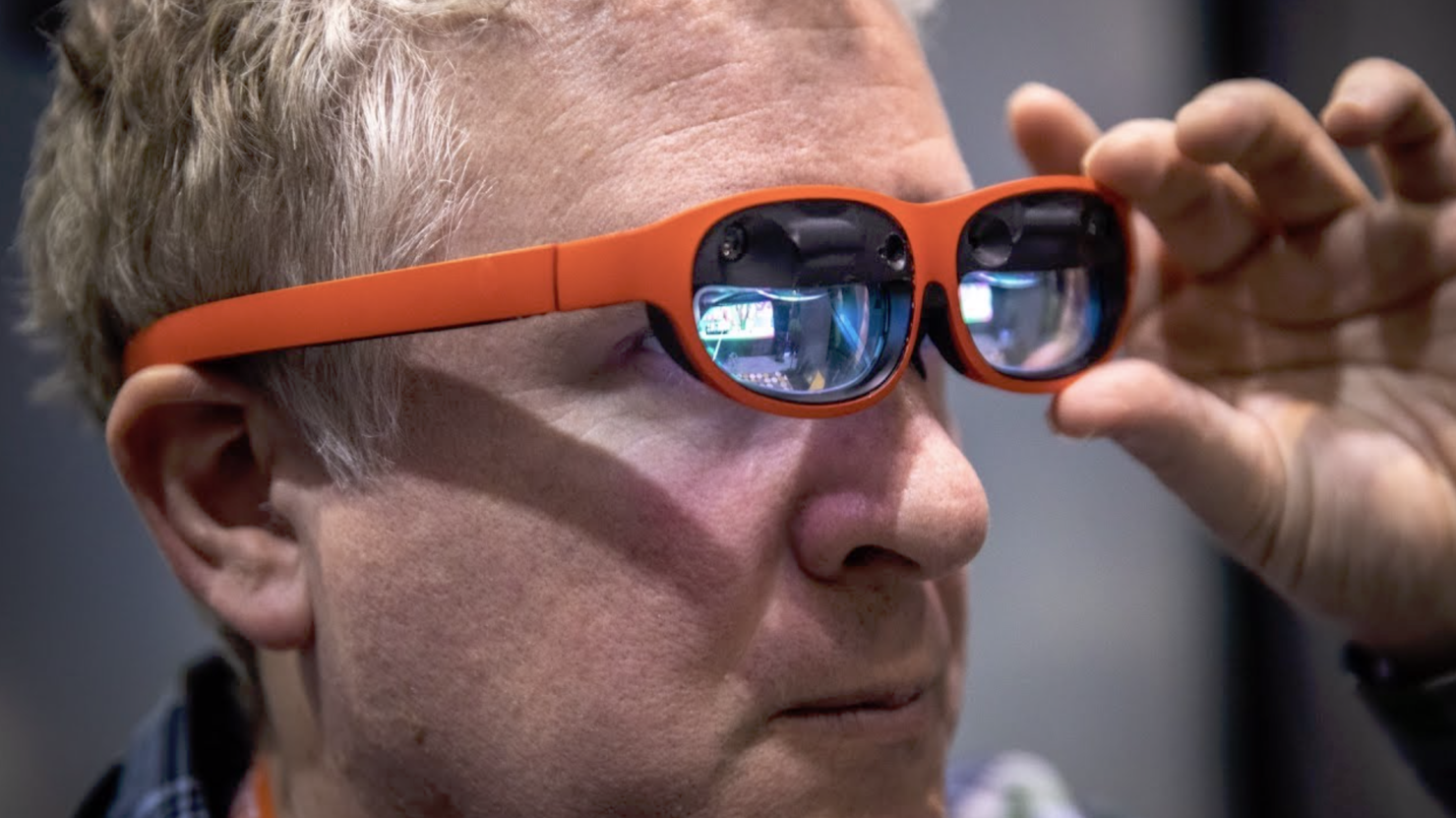 At the Augmented World Expo, semiconductor designer Qualcomm Incorporated (NASDAQ:QCOM) has announced partnerships with fifteen carriers all over the globe for using Qualcomm's XR virtual and augmented reality platform. In addition to providing smartphone original equipment manufacturers with central and graphics processing units for gadgets,

Qualcomm has also stepped foot in the extended reality arena (XR) through the Snapdragon XR and Snapdragon XR2 platforms. XR is a blend of augmented, virtual and mixed realities, and Qualcomm's briefing at the expo provides an excellent reference point for the current state of the peripheral headset and smart-glasses market.

Qualcomm's Snapdragon XR and XR2 processors are designed to be run on virtual reality headsets for enabling the peripherals to utilize cloud-based resources, in addition to onboard processing power, during their course of operation. The XR chips feature Qualcomm's Kryo core, Hexagon digital signal processing and Adreno graphics processing microarchitectures.

At the onset of the 5G race, the company expects to form early-stage partnerships with carriers that allow users connected through the eXtended reality platforms to use low-latency, high throughput 5G connections for their streaming and augmented reality applications. In its presentation made at today's event, Qualcomm's stated its belief that for the time being, standalone headsets will be able to use 5G connections for applications starting now, with gadgets that are connected to smartphones wirelessly to use 5G still far off in the future, with at least five years left before they hit the shelves. 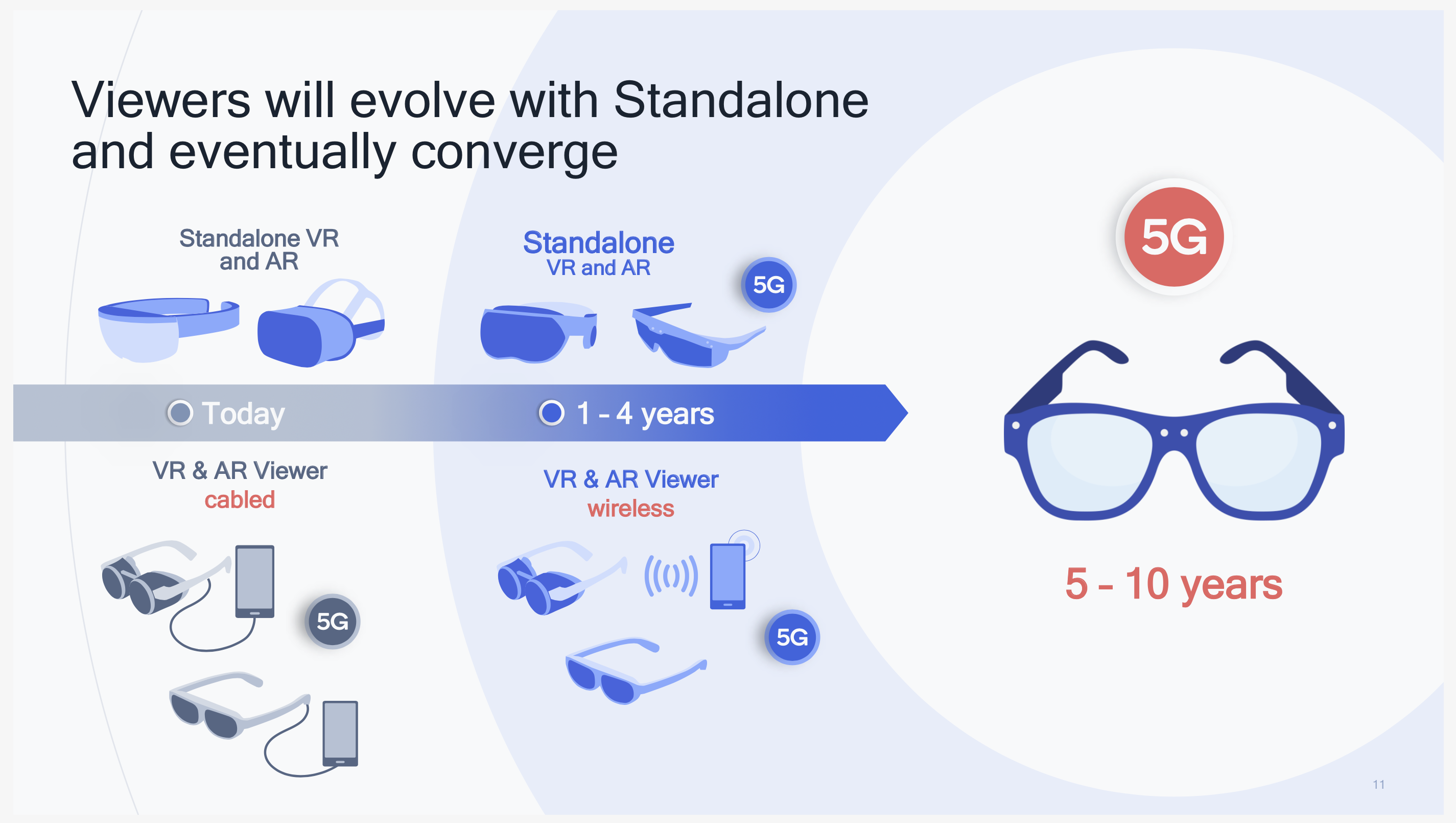 In addition to announcing its partnership with network carriers, Qualcomm also stated that 'XR several viewer manufacturers' – companies that produce the headsets in which the XR processor lineup is used, are going through a certification process to ensure that their products will work with smartphones powered by Qualcomm's latest Snapdragon SoCs. So far, ASUS, OnePlus, OPPO and a handful of other companies have promised compatibility with XR-enabled viewers on their smartphones, with Panasonic, Pico and Shadow Creator currently awaiting certification for their viewers.

Qualcomm also cited data from research firm CCS insights to build a business case for carriers and other companies for investing in and utilizing the XR platform. The firm believes that the installed base of augmented reality devices will increase tenfold in 2023 from 2020 and stand at 11.4 million. These will be a mere fraction of CCS's estimates of global 5G connections at the end of 2023, with the firm projecting these to grow to 3.1 billion by the end of 2023. 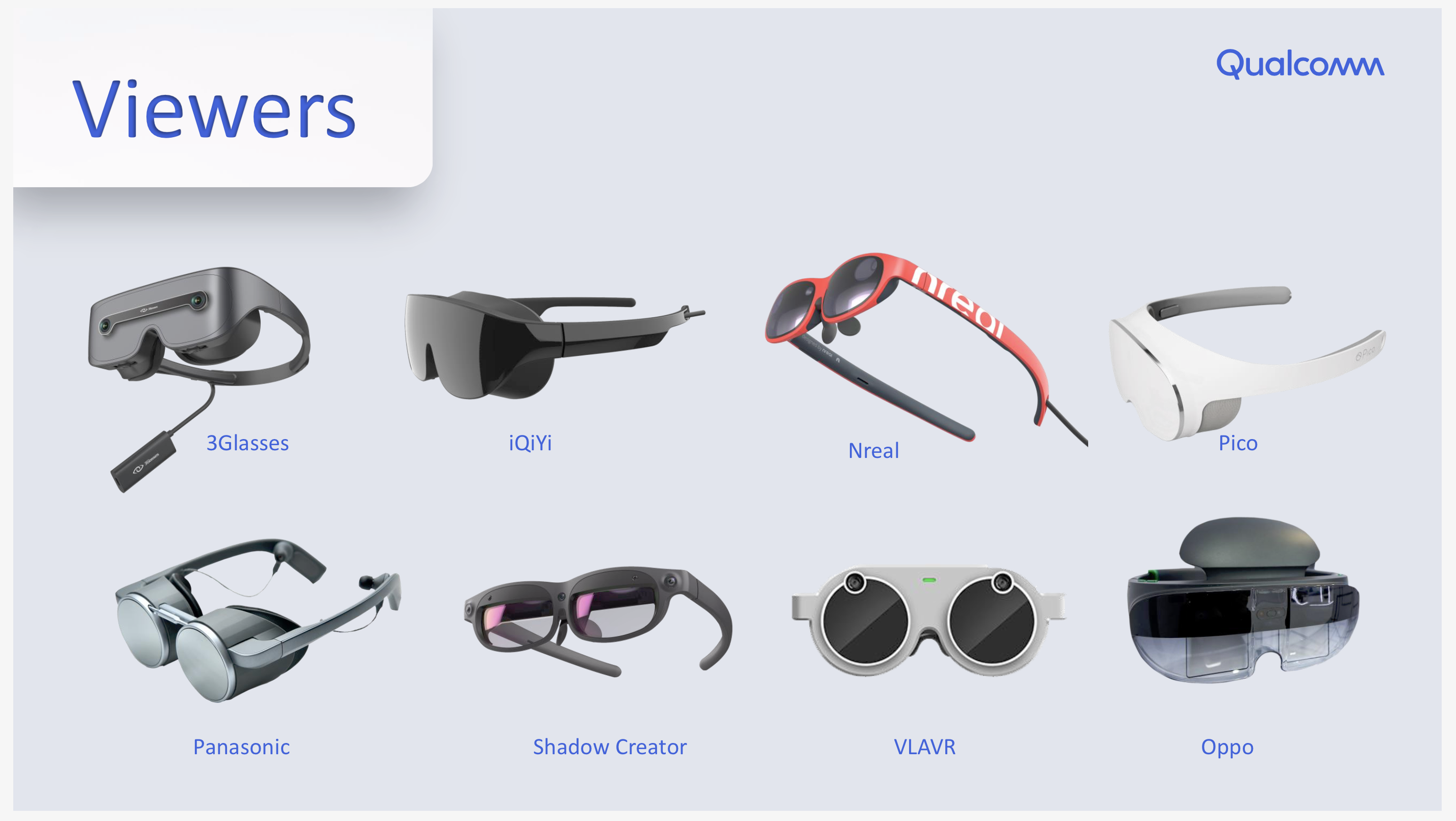 The Snapdragon XR2 5G chipset features a dedicated computer vision processor and it is capable of supporting input from seven concurrent cameras and deliver 8K video at 60 frames-per-second and a resolution of 3K per eye. It will allow rendering augmentation conducted by low latency 5G connections and via technologies developed by NVIDIA Corporation (NASDAQ:NVDA).

Global shipments of virtual reality devices are expected to touch 54 million by the end of 2023 according to CCS research's estimates, with standalone devices expected to contribute the lion's share. In addition to personal use, enterprise use cases for the devices have also picked up the pace, with areas such as education and workforce training exhibiting the strongest trends.

For its part, Qualcomm has provided companies with two XR certifications which evaluate six degrees of freedom headtracking performance, motion to photon latency on the viewer and on the smartphone and overall compatibility between the two amongst other areas.