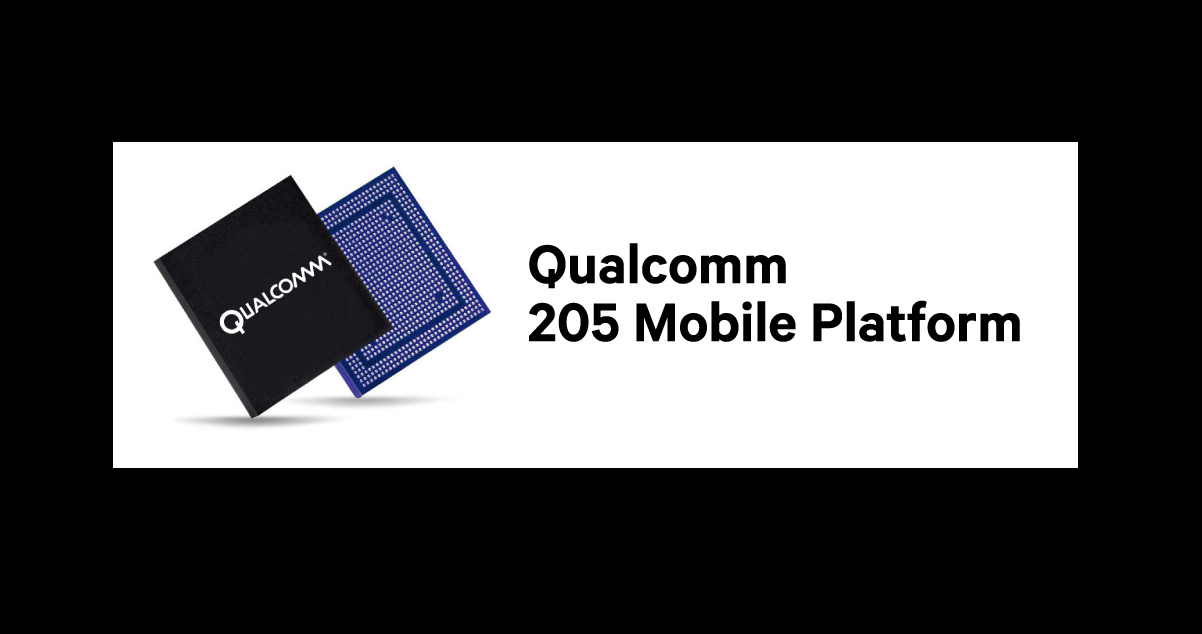 Remember the time when Qualcomm said that it would introduce a new name for its entry-level series of chipsets? Well here it is and the new product is aiming to be present in future devices that come with a cheap price tag but can offer the user much more than what they have originally paid for.

The 205 Mobile Platform comprises up of a dual-core 1.10GHz processor of unspecified architecture and while that is important to know, the empowerment of consumers through improved feature phones is something that Qualcomm is targeting. Features that were otherwise not available in devices before will now be readily present in order to promote communication seamlessly, as detailed by the company’s press release details. 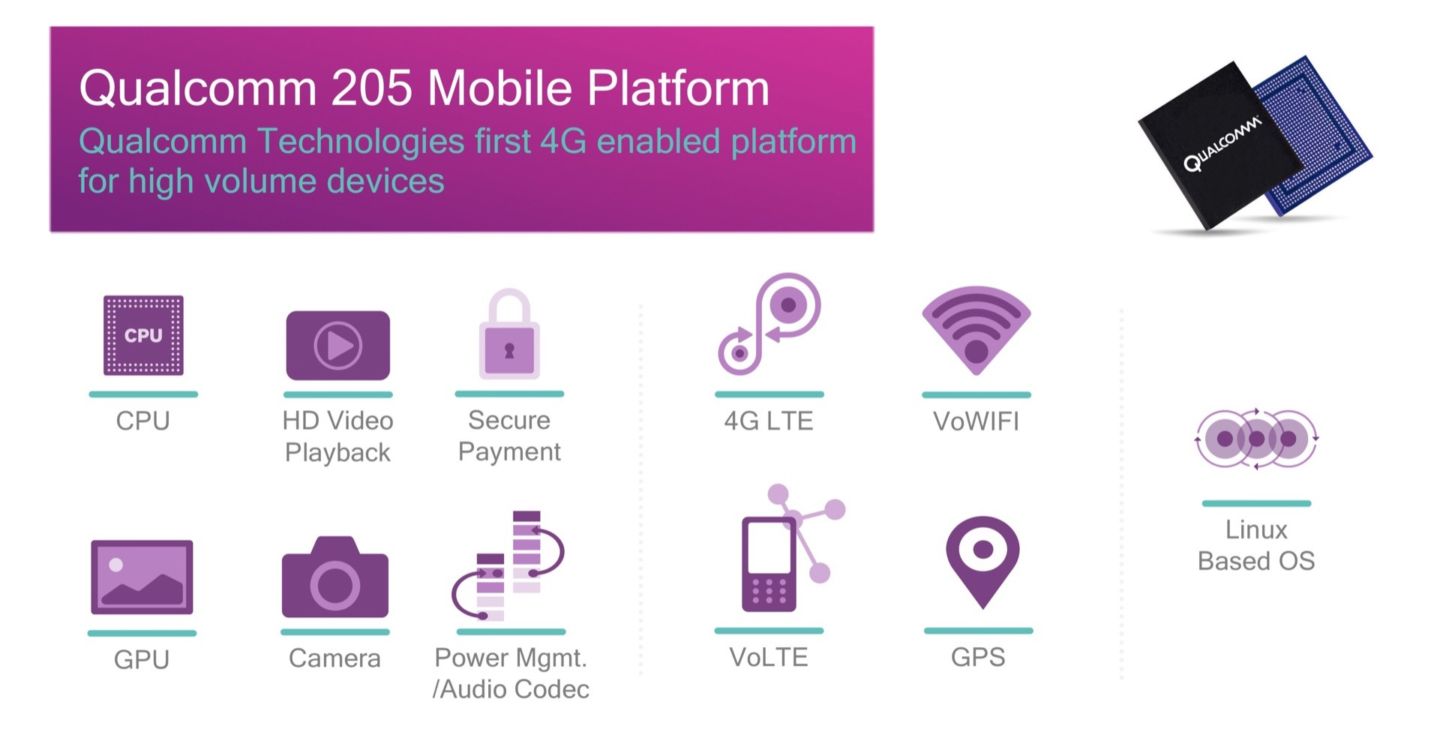 “The Qualcomm 205 Mobile Platform is designed for OEMs and ODMs that service consumers who may otherwise be unable to gain access to high quality, affordable, reliable mobile devices. This includes emerging regions, such as those in India, Latin America, and Southeast Asia. As operators around the world redefine subscription plans to take greater advantage of robust LTE network rollouts, devices with the Qualcomm 205 Mobile Platform are designed to support consumers, micro-enterprises, and others, to economically communicate using advanced LTE data services such as Voice over LTE (VoLTE) and Voice over Wi-Fi (VoWi-Fi).” 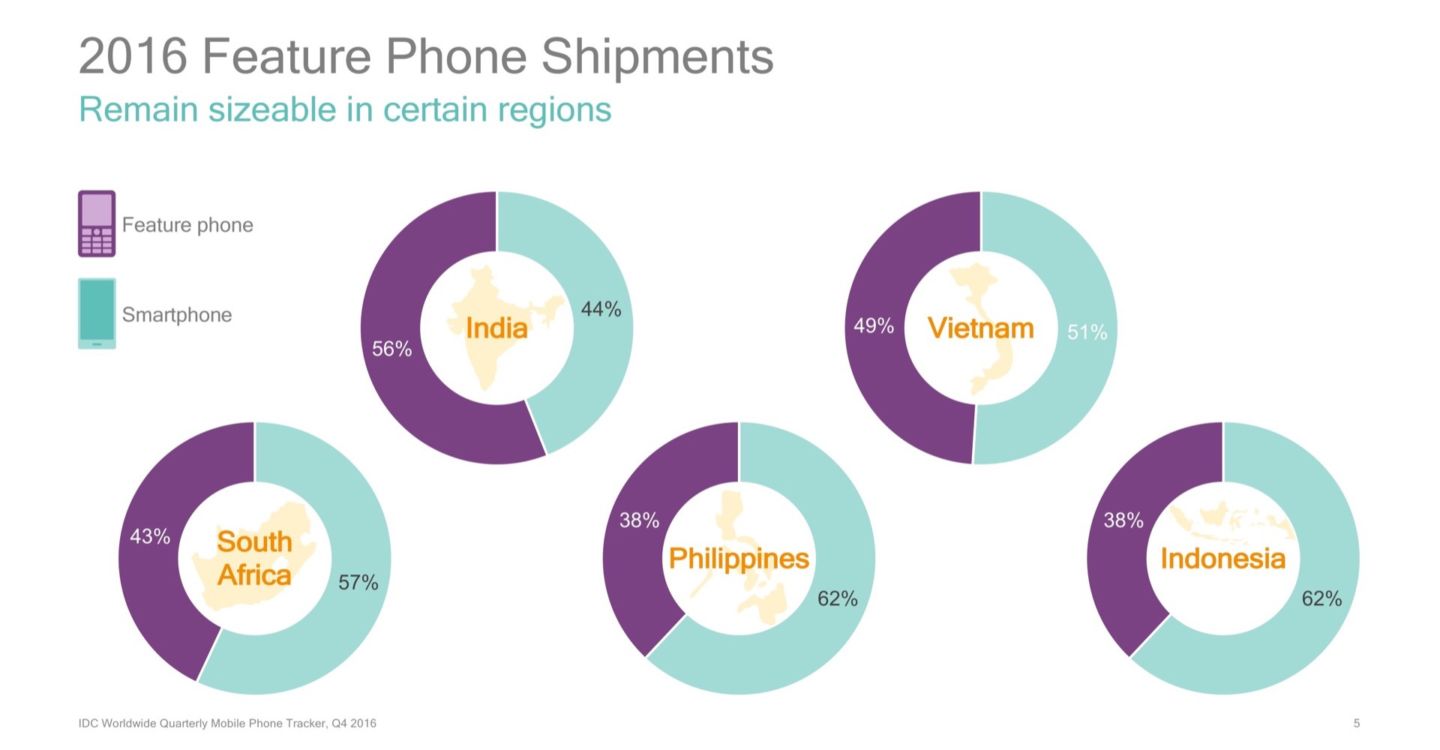 One of the key highlights of the SoC is the LTE Cat 4 modem, which if you remember used to be present in flagship smartphones earlier. Now, these chips will find their way inside future feature and flip phones and in regions where there is no LTE support. The 205 Mobile Platform will also be backwards compatible with 3G and 2G networks.

The lithography of these chipsets have not been detailed, but going for the low-power and low-cost business model, they should be able to provide ample battery life in feature phones; 45 days of standby time and 20 hours of talk time. Given below are some key hardware features of the chipset that we’d like you to check out. 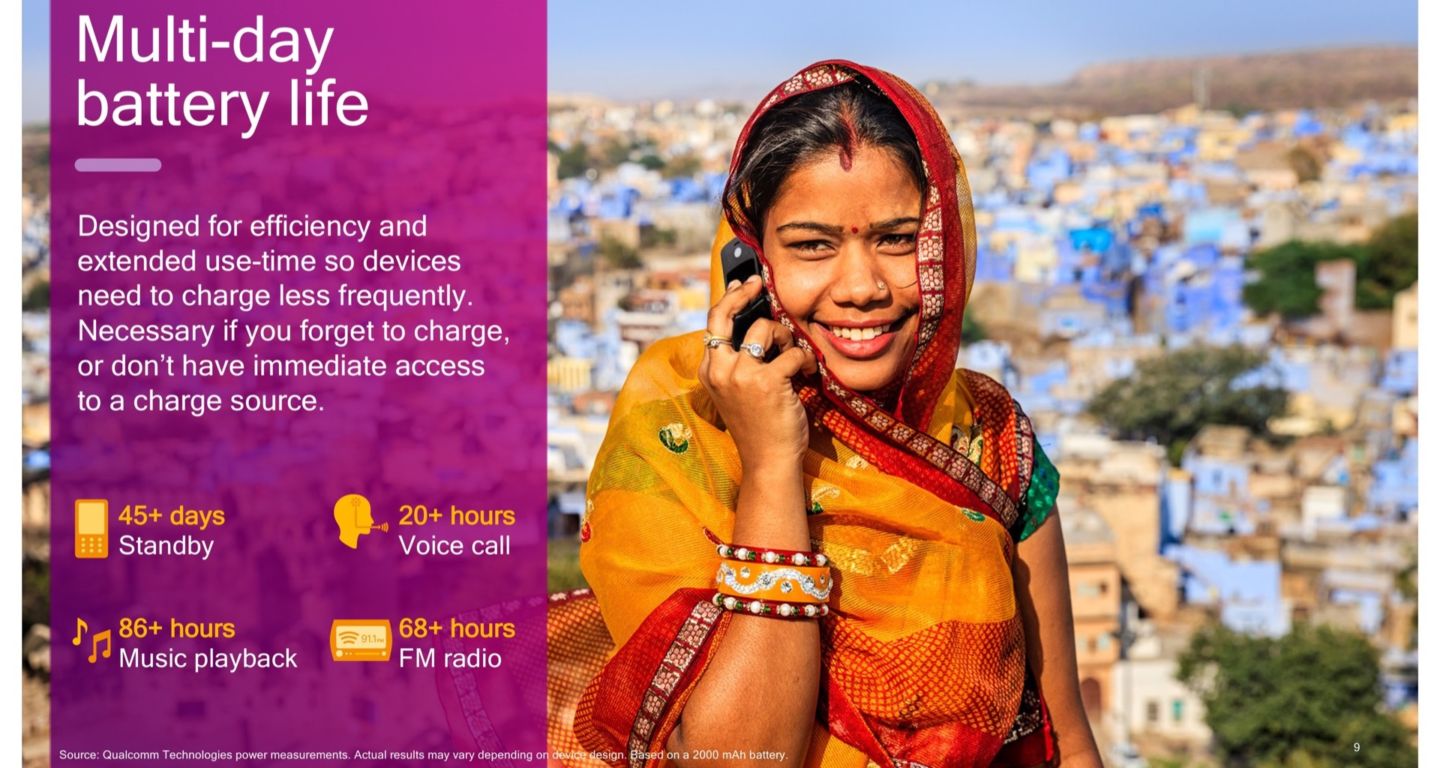 According to Qualcomm, its 205 Mobile Platform will start appearing in phones sometime during Q2, 2017.