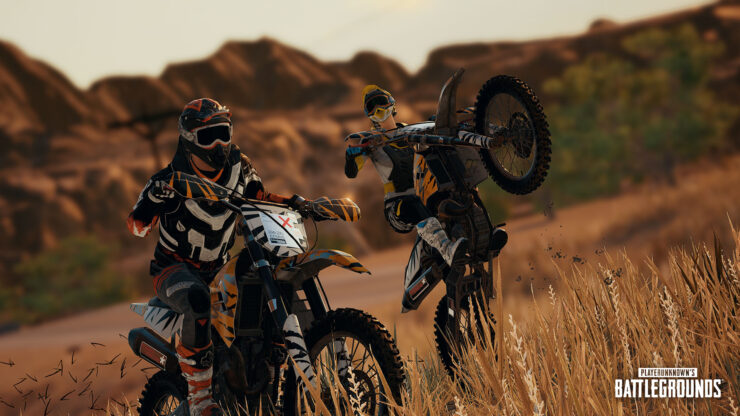 The 9.2 update introduces a new vehicle, the Dirt Bike. This vehicle comes with its own independent clutch system to rev the engine, improved suspension, and more.

The PUBG 9.2 update also introduces Driver Shooting, which was a highly-requested feature as well as a vehicle aiming overhaul.

It’s been requested for a long time and we’re finally happy to add shooting functionality to vehicle drivers! The new system allows you to fire sidearm weapons while driving and maintaining control over the vehicle (albeit with slightly reduced response while reloading). This functionality works for most vehicles and there are a couple of limitations which you can read about below. We’re excited to see the new kinds of gameplay that emerge from these additions, and please let us know how it feels!

The new PUBG also packs in some performance improvements.

The update also introduces tons of other tweaks and improvements, such as weapon balance changes and Vikend quality of life improvements. You can check out the full update notes on the PUBG Official Website.

PUBG is now available on PC, PlayStation 4, and Xbox One. The game is also available on iOS and Android as PUBG Mobile.