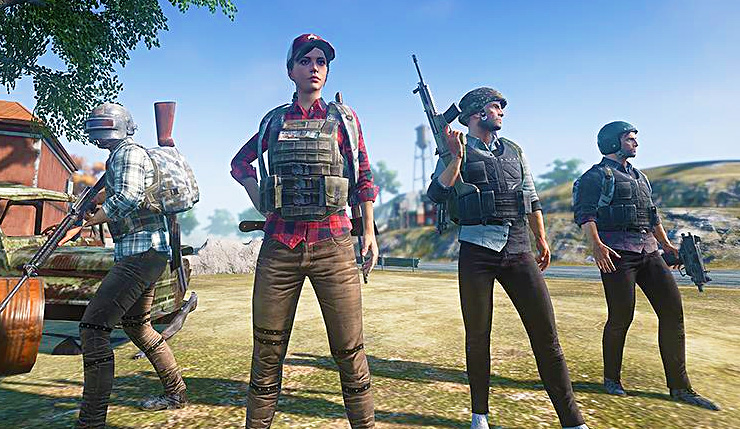 PlayerUnknown’s Battlegrounds is not an easy game. That’s part of the PUBG appeal, every chicken dinner has to be earned, but it can be a bit intimidating for new players. Well, it seems the newly-released mobile version of PUBG has found a way to ease newbies in – bots.

A lot of players have noticed PUBG Mobile feels easier than the PC or Xbox versions of the game, with many grabbing an elusive chicken dinner on their first game. Well, sorry to rain on your parade, but playing on your iPad hasn’t magically granted you new skills. According to a recent report from The Verge, PUBG Mobile initially fills games with easy-to-kill AI bots, then gradually increases the number of real players as your level goes up. Presumably, you'll eventually reach a point where you’re playing against 100 human opponents. The PC and Xbox One versions of PUBG don't use bots.

Adding bots is, arguably, a clever way to introduce new, more casual players to PUBG (Twitter is rife with people bragging about winning their first-ever game). Of course, you could also argue using bots takes away what made PUBG special in the first place – a game that pits you against 100 AI enemies isn’t particularly unique or noteworthy. It’s PUBG’s support for 100 human players that made it special.

The mobile version of PUBG never explicitly states that it uses bots, and publishers PUBG Corp. and Tencent have yet to comment, but it seems pretty clear what’s going on.

Use of bots aside, PUBG Mobile is receiving positive reviews from both the media and fans, with many considering it a better port than the Xbox One version. Check out Digital Foundry’s PUBG Mobile vs. PC and Xbox One comparison below (the video is a couple weeks old, but most of it still holds true):