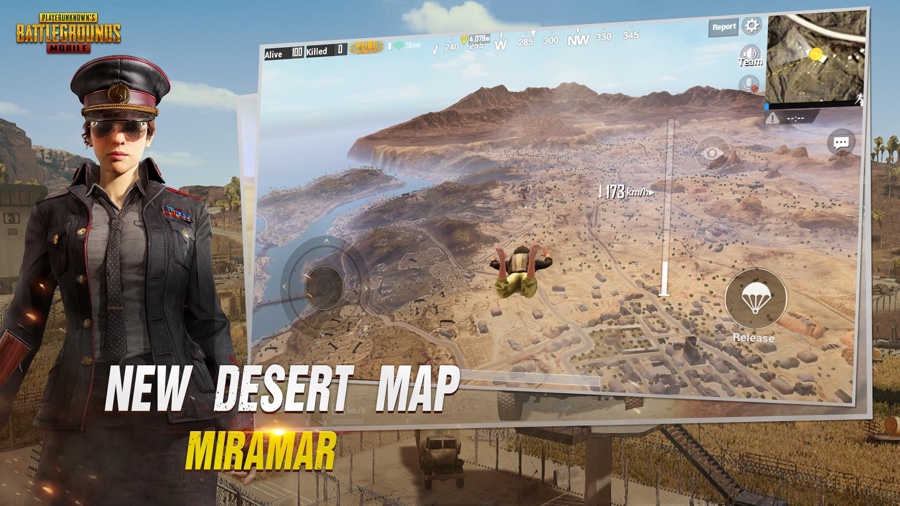 PUBG Mobile has been updated to version 0.5.0 for both iOS and Android and it's loaded with lots of new features. We have the complete changelog in one place.

Download PUBG Mobile 0.5.0 for iOS and Android Today with New Changes and Improvements

PUBG Mobile is constantly in a state of change with new features and improvements brought to the roster on a very regular basis. Today, the Battle Royale phenomenon has been updated to version 0.5.0 and it brings forth a handfull of changes including a promised (and expected) new desert map called Miramar.

Here's the complete list of changes for both iOS and Android:

What's New
- Desert map ("Miramar") is now available for selection. See if you can find the new vehicles and weapons!
- New Progress Mission: collect progress rewards when you reach new levels, then take on new missions.
- Added weekly Activity missions: earn rewards based on your Activity.
- Added local quick team feature: enter a 6-digit code to team up with friends that are next to you.
- Added Synergy and Connections: interact with your friends in-game to raise Synergy, then build Connections when your Synergy is high enough.
- Added Regions: now you can choose your region and flag.
- Added language-specific chat channels: there is now an additional channel based on the language of your choice.
- Added more avatars.
- Now you can collect rewards for every new tier reached in Season 2.
- Added a Shop, where you can preview and purchase new outfits and items.
- Added a Secret Stash, where you can purchase special discounted items.

There is a lot of new stuff in here which we're certain players are going to be appeased by such as a wide variety of new avatars, activity awards, progress awards when reaching new levels and a whole lot more.

Those are just few of the changes which you can see at the top, under the hood the game has been improved too. For example, the spectator mode has been given a slight polish for far better smoothness. When you take down doors you'll even hear a sound effect now too.

PUBG Mobile is absolutely free to download and play and you can grab it from the links which we've added below.