PUBG Now Bundled with Xbox One X For A Limited Time; Over 1M Players in First 48 Hours 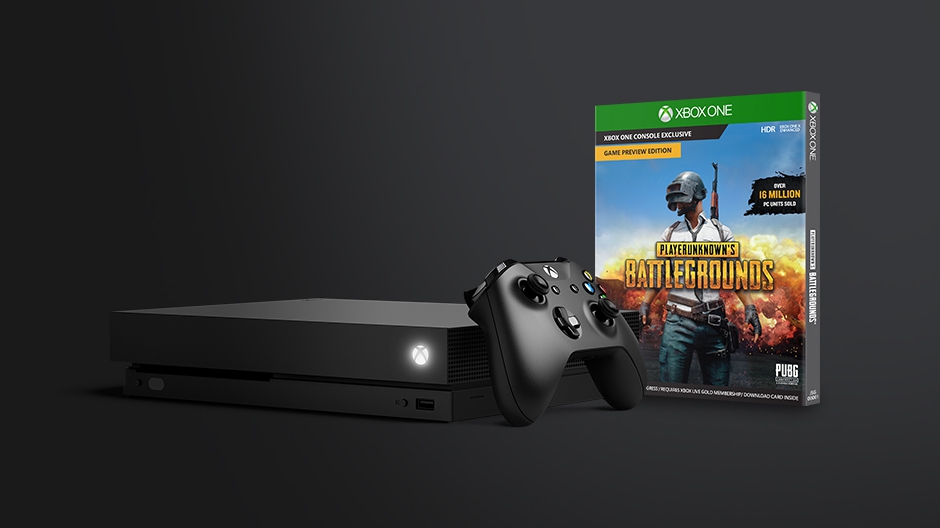 Microsoft just announced that PUBG (PlayerUnknown's Battlegrounds) registered over one million players in the first two days since its debut on the Xbox One Game Preview program.

That's a mighty impressive number, especially once you consider that the game's optimization on the platform has been widely criticized. Still, the blog post mentions how the game will soon receive new enhancements, content updates such as the desert map Miramar which recently debuted on PC, and optimizations. The latter point would be the most pressing in this case.

Perhaps the even bigger news is that Microsoft is choosing to ride the wave all the way through by bundling the purchase of an Xbox One X from December 17th to December 31st with a free copy of PUBG.

Today, in celebration of PUBG coming to the hottest console of the season, we’re excited to announce a special holiday promotion where every Xbox One X purchase will come with a copy of PUBG! That means you can join in on gaming’s biggest phenomenon and jump right into the ultimate battle royale experience on Xbox One. The promotion is available in select regions for a limited time, starting Dec. 17 through Dec. 31. For more information, please check with your local retailer, including your local Microsoft Store, whether you’re shopping in a physical store, online or through your Xbox device.

Does this deal increase your likelihood to get an Xbox One X during the Holiday season? Let us know in the comments.