PS5 Dev Kit Patent Shows Off Cooling System in Detail, Vapor Chamber and 6 Fans in Use 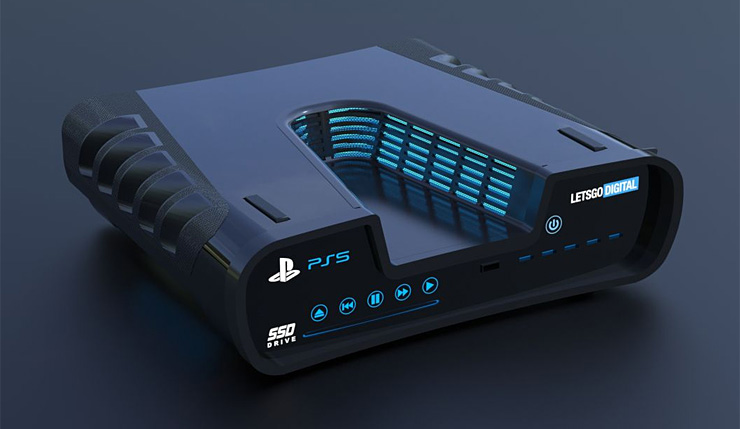 While we’ve yet to be shown what an actual, retail PlayStation 5, images of the console’s dev kit did leak as early as October of last year, and the hardware looks…unique. Featuring a large V-shaped indentation and plenty of cooling vents, it seems Sony is very concerned with making sure the PS5’s variable frequency GPU doesn’t overheat.

Well, a new patent for the PS5 dev kit has been added to the WIPO (World Intellectual Property Organization) database, and while it doesn’t delve too deeply into technical details, it does show us how the machine is being cooled. Check out a few diagrams from the patent, below.

So, it looks like we have six fans, divided evenly between the two “wings” of the PS5 dev kit. Three of the fans are dedicated to cooling the power supply and three for the APU. We also have a vapor chamber, which will use advanced liquid cooling to keep the PS5 APU cool. Here’s a bit more detail from the patent:

Will the version of the PS5 feature a similar cooling system? It seems likely, as we’ve already heard rumors Sony is splashing out on cooling, although let’s hope the final PS5 hardware is a bit more streamlined and stylish than the dev kits.