Today Elder Scrolls Online developer Bethesda released a press release announcing that Imperial City, the first DLC game pack for The Elder Scrolls Online: Tamriel Unlimited, is now available worldwide for Xbox One and PlayStation 4. It's been available on PC since August 31, as previously reported. 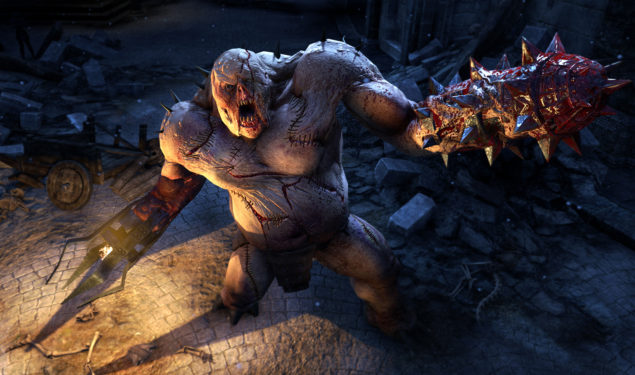 Imperial City, the heart of the Cyrodiilic Empire, has fallen to Daedric Prince Molag Bal and now all three alliances must battle not only against the Daedric forces, but against each other as well!

Developed by ZeniMax Online Studios, the first DLC game pack for the largest Elder Scrolls game ever created is packed with new content. Featuring new areas, quests, enemies, and exclusive items, Imperial City adds hours of additional gameplay for players adventuring through Tamriel on their own, in small groups, or with hundreds of others:

●      New PVE and PVP Content
Featuring six distinct Imperial Districts, battle against the forces of Molag Bal as well as the other Alliances.

●      New Quests, Enemies, and Characters
Whether participating in massive PVP battles in the Imperial Districts or adventuring in one of the new dungeons, players will be introduced to new quests and enemies, including the Xivkyn.

●      Additional Weapons, Armor, and Currency
Fight the forces of Molag Bal to plunder Tel Var Stones, a new form of currency you can use for exclusive Veteran Rank 16 weapons and armor, or search for new Treasure Vaults containing other rare finds.

·       Imperial City-Exclusive Collectibles and Items
Exploring Imperial City or visiting the Crown Store will reward the player with a host of new collectibles including pets, mounts, costumes, and polymorphs!

Imperial City is included with an active ESO Plus membership or is available for 2,500 crowns via the Crown Store. For more information visit elderscrollsonline.com.