The latest PS4 firmware 2.0 update is now out and millions of users are already busy downloading it. Packed with tons of sweet stuff, the new system software update introduces some major features such as YouTube share, new dashboard customization options that allow users to change the look of their console’s interface, and the most anticipated of all; Share Play, a cool feature that allows users to remotely watch and hop into their friends’ games, and which, according to latest details, is capped at 720p resolution on the console with limited frame rate. 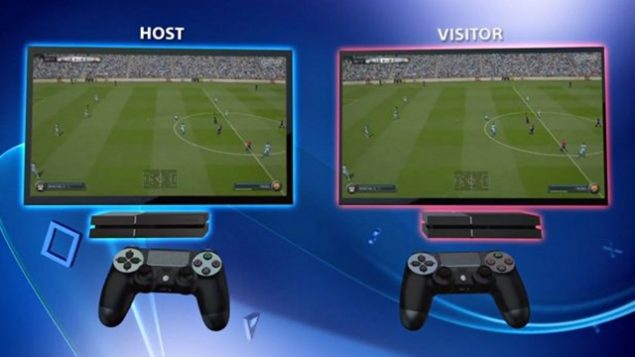 PS4 Share Play is the chief among the new features that the firmware 2.0 update comes packed with. It allows you to invite friends to remotely watch and even play your games, even if they don’t own a copy of the game that you are playing. The other perspective is that you can play the games that your friends are playing without paying anything extra. PlayStation Plus is required depending on how Share Play is used. If a friend only wishes to eyeball a game, Sony’s subscription service isn’t required on either end. But to give control of a game to a friend, the host will need the subscription, and if a friend is joining in as a second player for multiplayer gaming, both players will need PlayStation Plus subscription. Of course, the fun is also limited by time, as friends can only player together for a maximum of one hour at a time. That being said, Share Play seems quite interesting and fun.

However, there is one thing that Sony didn’t say anything about previously. Talking about PS4 Share Play with VideoGamer, the Japanese video game publisher revealed that the latest service will be restricted to a native resolution of 720p with limited frame rate. While the resolution cap will not alter video game quality on the host’s end and 1080p titles will continue to output at 1080p resolution on the host’s TV, it may affect the gameplay experience of the guest, as the quality of the Share Play stream is determined by the internet connection of both players.

The video game resolution on the guest’s TV will automatically be adjusted according to the quality of the internet connection. Sony has not exactly mentioned what the frame rate cap will be, VideoGamer suggests that it could be around 30fps, based on an early demonstration that they checked out. The Japanese platform holder also didn’t disclose the recommended download and upload speeds for using PS4 Share Play. Kazuhiro Yanase, SCEE product planning manager, said:

"We are not going to [disclose a minimum speed] because if we say, for example, you need at least a 3MB speed, I cannot guarantee if it works [even if they have that speed. The internet environment is really different user by user. For example, some users will be using a LAN cable, some users will be using Wi-Fi, sometimes you use the microwave in your house. Something like that. It's very difficult for us to guarantee you can use Share Play if you have [a certain] speed. That's the reason why we are not going to disclose any specific number. But again, this doesn't require any super-fast broadband."

PS4 Firmware 2.0 Update is now out in major regions, you can check out the full patch notes and download the new system software for your console here.