After months of immense hype and a lot of waiting, Sony has finally released the brand new firmware 2.0 update for its latest PS4 video game console. Codenamed "Masamune", the latest PS4 firmware 2.0 packs tons of new upgrades and features such as Share Play, YouTube support, USB music player, new colored themes and much more stuff that allows players to customize their console’s interface and give it a new look. The system software update 2.0 is 218MB in size and is now available for download in most regions. Below, you can check out the complete patch notes that reveal tons of unannounced features that will be included in the update. 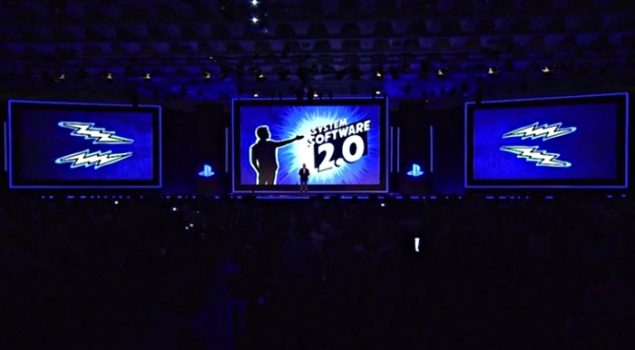 Keeping its fans waiting for long enough, Sony has now finally rolled out the major system software update 2.0 that brings tons of new good stuff for the latest PS4 video game console. The latest update is 218MB in size and is now available for download in major regions. Many of the chief features that the new update brings with it have already been discussed several times such as Share Play that allows users to play the game that their friends own for free, USB music player through which, users can listen to their favorite music tracks from a USB flash drive, and several customization options that allow users to give their console’s interface a new look, but there are many changes that Sony didn’t disclose.

With the update now out, we have full patch notes for PS4 firmware 2.0 update that reveal a long list of already known upgrades and features, and changes that have not been announced before. The latest update improves layout of Party screen, organizes content in such a way that you get more stuff to look at, offers editing options in Capture Gallery, allows users to attach a screenshot to their message, adds new options for PlayStation Camera and party voice chats, provides filtration control, and adds much more options for users, making the console interface more ductile.

Sit back and check out all the changes and upgrades that the PS4 firmware 2.0 update has to offer while you download it for your console. 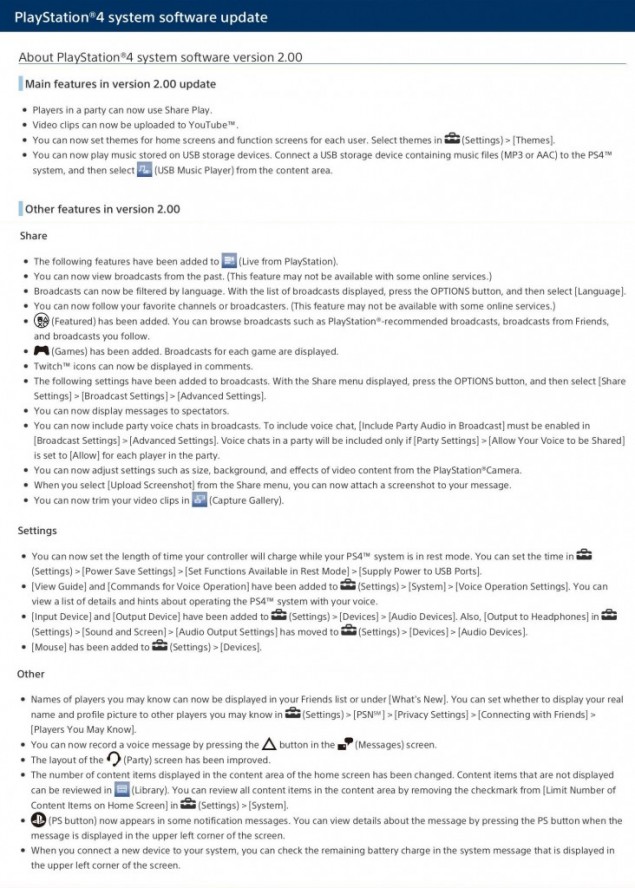