Sony’s troubles with the PS4 video game console and PlayStation Network have marked up further now as a considerable amount of users who installed the most recent firmware 2.0 update, codenamed "Masamune", on their latest console are reporting several glitches and bugs as well as system crashes. The new PS4 Firmware 2.0 feature upgrade known as “Rest Mode” is reported to be causing most of the problems as the system crashes after going into sleep and users are unable to wake their console from rest. Sony hasn’t provided a proper fix to this problem yet but here we have a method that might help you get rid of the issue and make Rest Mode work perfectly fine. 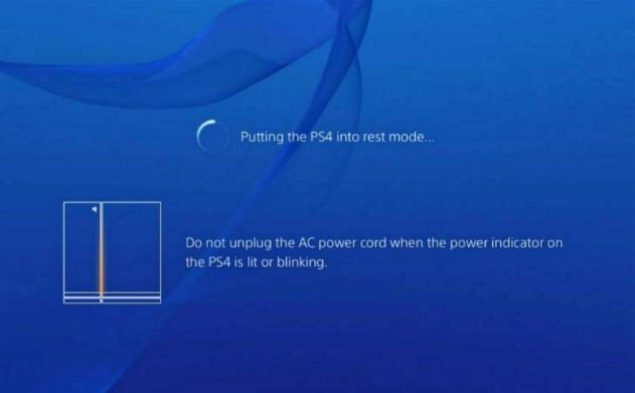 Earlier this week, Sony rolled out the most awaited major PS4 firmware 2.0 update that came packed with several new and upgraded features such as Share Play, pause download, USB media player, YouTube video sharing, and much more. However, the latest update didn’t make a smooth landing and now it looks like Sony’s troubles have worsened, as there are tons of reports on both the official Sony forums and the PS4 subReddit regarding issues and bugs that the latest console is suffering from now after being updated to the latest firmware.

One of the most widely reported issues that are being caused by the firmware 2.0 update is a bug that causes the console to crash after it is put into upgraded standby mode, which is now known as Rest Mode, and doesn’t allow it to boot up normally again. A considerable amount of users have submitted the complaints to Sony via the official PlayStation community forums, and Sony has added the issue to the list. However, until now, the Japanese platform holder has not released a proper fix for the problem besides suggesting that users may boot the console in safe mode and rebuilt the database to avoid the issue.

Users are experimenting with their own manual fixes until Sony officially tweaks the problem and it looks like some selected methods do work out. Today, we have what looks like a working method to get permanently rid of the bitter Rest Mode bug. This method was posted on Reddit by a user named “wanderjahr”, and according to him, all PS4 users need to do is change the “supply power to USB ports” option to “always” from the console’s settings menu to fix the issue. Here’s a simple step by step procedure for you to follow:

The method given above apparently works fine as many Reddit users have given a positive response to it in comments and have stated that this fix worked perfectly fine for them. It is absolutely worth a try if you are stuck with the PS4 firmware 2.0 update Rest Mode bug as well. If you do try it out, it us know in the comments section below if it actually works. Wanderjahr himself have this to say about the aforementioned fix:

"I tried some of the other fixes but they didn't work for me. Tried changing the above settings and now Rest Mode works perfectly. After putting my PS4 in Rest Mode successfully half a dozen times in various conditions, I can cautiously say it works (*for me)."