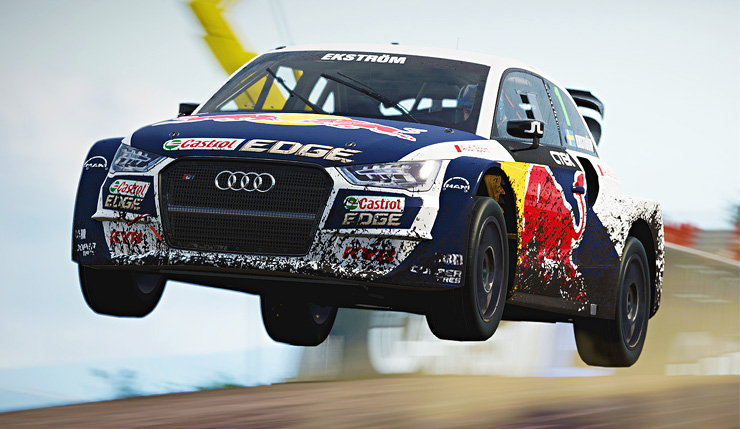 Codemasters has expanded their ever-growing stable of racing game developers yet again, acquiring Project Cars developer Slightly Mad Studios. Codemasters is paying $30 million upfront for Slightly Mad, but the studio’s previous owners could make even more (up to around $65 million) if certain conditions are met. Slightly Mad is expected to retain its full 150-person staff and will be staying put in their current London, England offices.

Codemasters' acquisition of [Slightly Mad Studios] will create a global leader in the racing genre. Their focus on AAA quality and the passion that they put into everything they create mirrors our own. Both companies have a number of world renowned, successful franchises along with exciting product development pipelines, supported by leading IP and some of the best talent in the gaming industry.

The enlarged Codemasters will have greater scale and reach, diversified, predictable revenue streams and the opportunity to bring outstanding entertainment to a far wider audience. We welcome Ian and his team to the Codemasters family and can't wait to start working together to create the future generation of racing franchises.

Interestingly, Codemasters has also revealed Slightly Mad is working on three projects at the moment, including the mobile game Project Cars Go, a licensed game based on a “blockbuster” franchise (rumored to be the Fast & Furious movies), and a third major title that’s a continuation of Slightly Mad’s own IP (Project Cars 3, obviously). It’s been a while since we’ve seen anything new from Slightly Mad – it will be interesting to see what they’ll be able to do with new tech and next-gen consoles.

What do you think about Codemasters and Slightly Mad teaming up? It seems like an obvious good fit, but sometimes Codemasters games don’t get the recognition or sales they deserve – hopefully that isn’t the case for Slightly Mad’s new games!