Pro Evolution Soccer European product manager Adam Bhatti announced via Twitter that the XBox One version of PES 2016 will be “just shy” of native 1080p, in order to keep “FPS and game quality high”.

Hi all, I want to update you on Xbox One resolution. We're going to be just shy of native 1080p, to keep FPS and game quality high #PES2016

This should indicate that the PlayStation 4 version will be rendering at native 1080p resolution, although the difference should be negligible, given the capable upscaling of the Xbox One. Framerate and visual detail seem to be the primary concerns for the development team.

Konami revealed the official PC requirements for Pro Evolution Soccer 2016. PC players will need at least need a DX9.0c GPU with no support for DX11. PES 2016 will also require a dual-core CPU and 2GB of RAM. It appears that the requirements reflect the old-gen version rather than the current-gen. You can view the complete requirements here/ 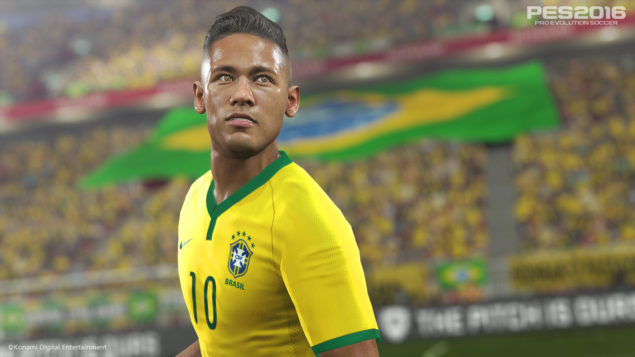 New visual effects will enhance the experience as players will gradually be covered in pitch blades and cause the water to splash around them as the rain accumulates. The new Dynamic Weather Feature will bring Pro Evolution Soccer into a whole new level.

Pro Evolution Soccer 2016 will release on September 15 for the PlayStation 4, Xbox One, PlayStation 3, Microsoft Windows, Xbox 360. We will bring you any new information as soon as it becomes available.