Prison Architect Gets Physical Release on PlayStation 4 and Xbox One 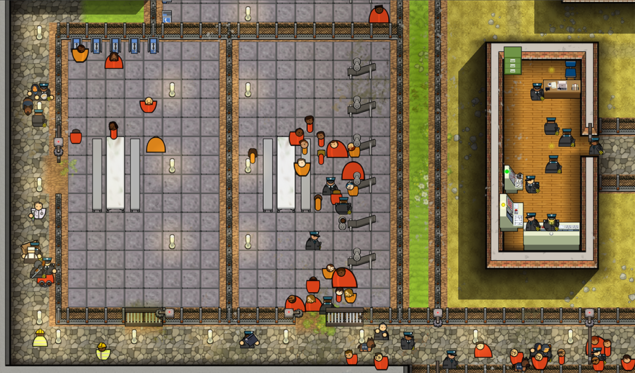 Crime pays big, especially if you're on the right side of the law and are running your very own prison. Prison Architect is one of the best sim titles of the last few years, and it's getting a simultaneous physical and digital release on consoles this spring.

From wannabe thieves to hardened criminals, you'll need to find out their wants nad needs and provide things as best you can - unless you fancy the occasional riot or breakout. Keep an eye on the bottom line though, because none of it is any good if there's no cash left at the end.

Exclusive to console, players will be able to share their creations and edit those that they download, providing inspiration to newbies not sure where to start.

"Double Eleven has done a fantastic job of taking Introversion’s sales behemoth on PC, and crafted the perfect Prison Architect experience for consoles. With a game that is now specifically designed for console gamers, Sold Out is poised to hit the same record breaking sales with the retail console release, originally generated on PC."

"Digitally we understand the mechanisms around discovery; we just didn’t want to leave the potential boxed revenue on the table. Our aim is to bring Prison Architect to as many gamers as possible, regardless of format. Partnering with Sold Out allows us to focus our energies on publishing on digital platforms, leaving the retail edition in their capable hands."

"After the job Double Eleven have done on Prison Architect, we can now declare them to be the AMG of Console Porting! This is a true console-centric re-imagination of our PC version which has completely blown us away – and we’re delighted that it will now be released at retail, as well as digital."