CES 2014 is bringing in a lot of surprises, this one is related to virtual reality gaming. If you are a fan of Kinect and motion gaming, you may remember the PrioVR, a full body virtual reality kit that that initially appeared in October 2013 and was supposed to work alongside Oculus Rift virtual reality headset, but the Kickstarter campaign for the product failed. Well the product has once again caught the eye of people in CES 2014 by showing its maneuvers and it looks like PrioVR is indeed a perfect match for Oculus Rift. 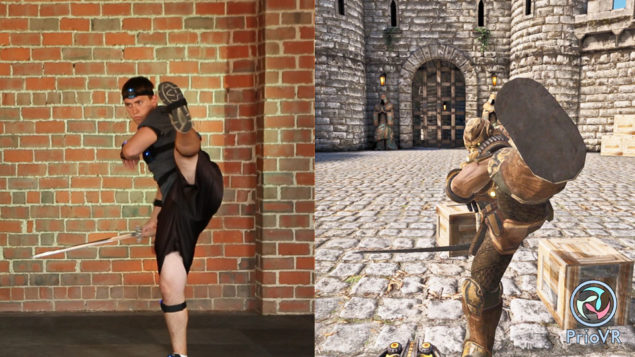 With the growing trend of wearable technology, products interacting directly with human body are getting much attention. Wearable technology would be one of the most prominent themes at this year’s Consumer Electronics Show. Wearable virtual reality products such as Oculus Rift VR headset is the most discussed gaming related topic and another player has jumped into this category at just the right time.

Since the launch of Kinect in 2010, the gesture-based motion gaming have started to revolutionize the gaming industry slowly, but of course Kinect was developed as only one of its type and so it failed to show complete accuracy and fast response but Microsoft greatly improved in motion gaming with Kinect 2, yet still it needs a lot of improvement for providing a true motion gaming experience. Well, another company has jumped into the scene of motion gaming and decided to challenge Microsoft’s Kinect.

When YEI Technology first announced its Kickstater campaign in October 2013 for production of full or half-body motion game controller suits named as PrioVR, the suits did not attract the expected attention and the Kickstarter campaign failed. However, YEI Technology did not choose to give up and decided to take a fresh start by presenting a demo of PrioVR’s working prototype at CES 2014 and it seems like the company finally succeeded in getting everyone’s attention. Watch the demo of PrioVR suit in action below.

YEI Technology has partnered with Oculus VR to enhance the experience of gesture gaming, the company also presented a demo of PrioVR working simultaneously with the Oculus Rift virtual reality headset. YEI Technology has announced that it would be launching another Kickstarter campaign with the much improved PrioVR on Februray 14th, the company has also announced that PrioVR would now be launched in two variants: a full-body version of game controller suit that would be priced at around $400 and a half-body (torso) game controller suit that would cost around $270. The shipment of the PrioVR depends on the Kickstarter campaign, the company will ship the orders within the year if the Kickstarter campaign gets the required funds.

According to YEI Technology’s chief of R&D Paul Yost, the full-body suit “allows you to drop on the ground, roll around, shoot under your leg, curl up into a fetal position. We have this collection of inertial sensors that combines with a software that ties all that together into this skeletal model. All that happens on the system itself, so there’s no computational load on the PC other than the communication.” 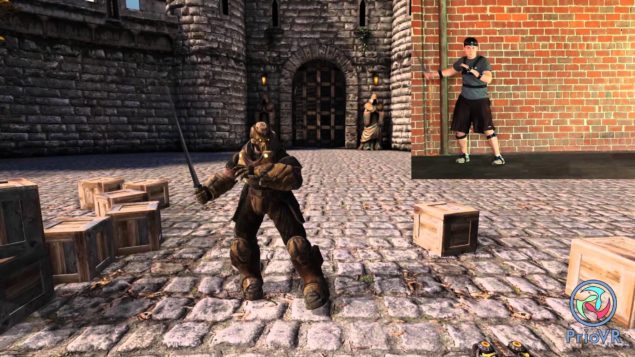 The PrioVR would initially be launched with PC compatibility only, although the developer company would start to support the gaming consoles with PrioVR in future. The suit will feature a modular design, meaning that those users who buy the half-body kit would be able to add more sensors to the kit to increase its functionality.

YEI Technology would demonstrate the PrioVR live along the Oculus Rift VR headset during CES 2014. The development team of PrioVR said that it has learned a lot through the initial course of their failed Kickstarter campaign. The Gaming and development community’s feedback helped the team a lot to improve in their next attempt for launching the Kickstarter campaign. The PrioVR has been redesigned by the company for better performance and the price has also been reduced. YEI Technology has decreased the funding goal for the PrioVR from last year’s $225,000 to around $100,000.