Prince of Persia: The Sands of Time Remake Has Been Delayed by Two Months; Now Releases on March 18, 2021 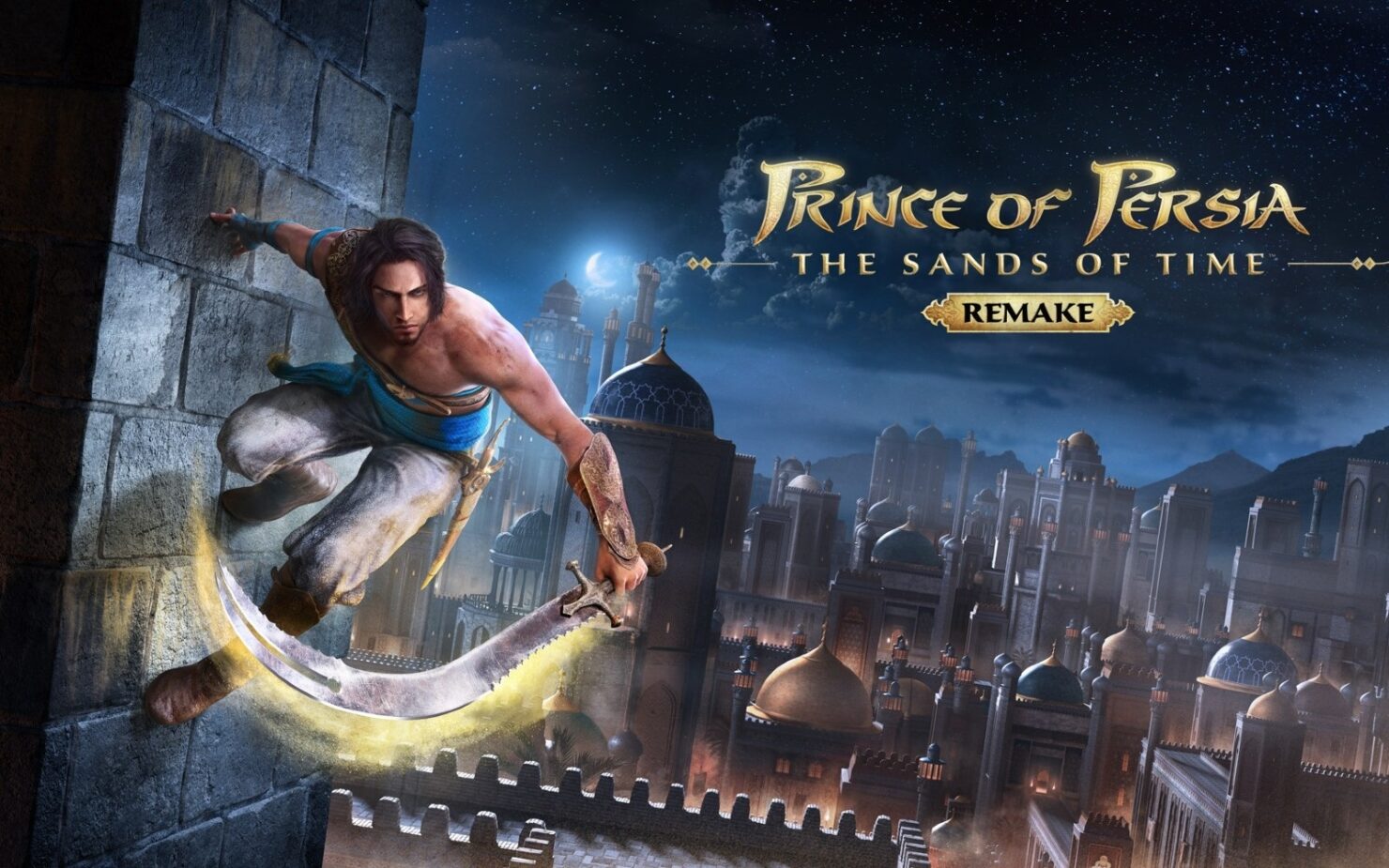 Prince of Persia: The Sands of Time Remake has been delayed by two months to March 18th, Ubisoft has announced.

The publisher announced the news through its Czechoslovakian Facebook account. According to the announcement, the decision to delay the highly-anticipated title was made to further improve the game. We’ve included a translation of Ubisoft’s Facebook post down below (thanks NeoRaider).

Greetings, Prince of Persia fans! During our Ubisoft Forward digital conference, we proudly announced Prince's return from Prince of Persia: The Sands of Time Remake. We are excited to be able to put this game in your hands again as we retell the story of Prince and Farah in the amazing 11th century Persia. However, 2020 was a year like no other. Today we would like to inform you that we need more time to complete the game. With that, the release date of Prince of Persia: The Sands of Time Remake has been moved to March 18, 2021. We believe this is the right decision to ensure we deliver a game you like. Thank you for your patience and continued support of the Prince of Persia, and we hope you remain safe and healthy during this holiday season. Developer team 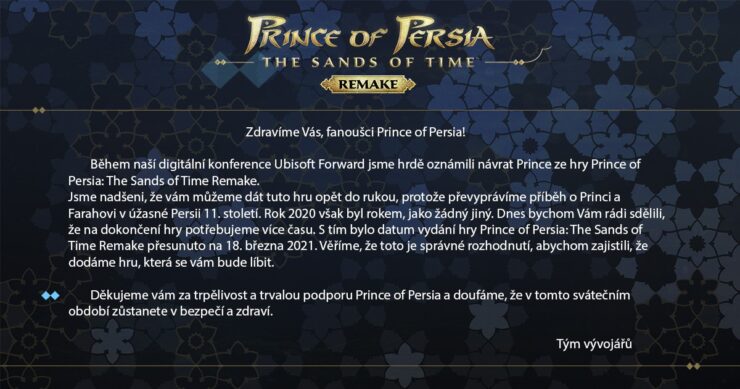 The long-rumored Sands of Time remake was officially announced during Ubisoft’s own Ubi Forward digital showcase back in September of this year. The remake is being rebuilt from the ground up in the Anvil engine with completely rebuilt textures, contrasted lightings for strong atmospheres, and new cinematics. In addition, the remake will offer modernized combat mechanics.

Amidst the scorched sands of ancient Persia, there is a legend spun in an ancient tongue. It speaks of a time borne of blood and ruled by deceit. Drawn to the dark powers of a magic dagger, a young Prince is led to unleash a deadly evil upon a beautiful kingdom. Embark on a journey as the Prince to defeat the treacherous Vizier and return the Sands to the hourglass. Master the Sands of Time and use your dagger to control time itself. Fight cursed enemies and solve puzzles along the way.