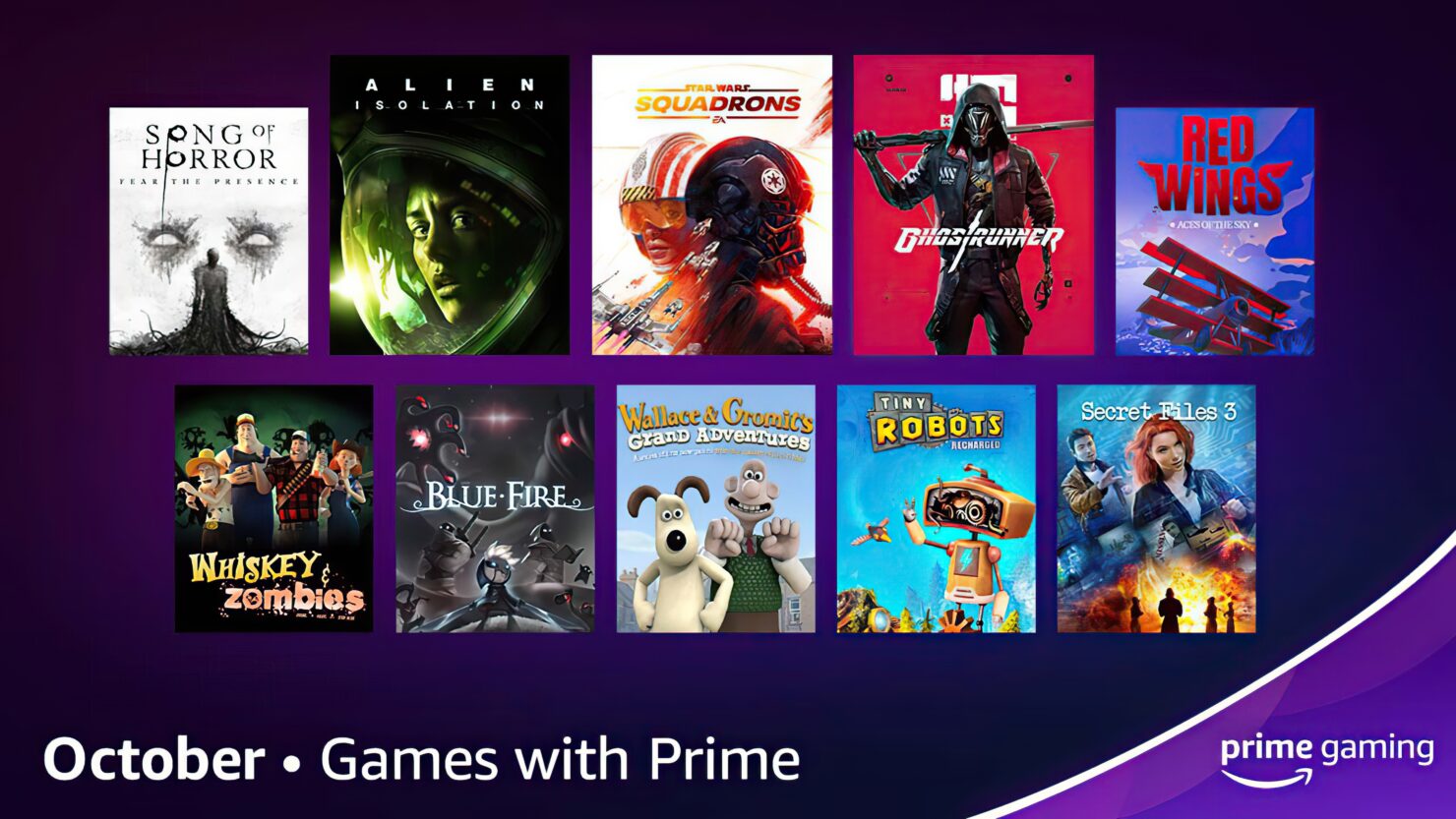 Amazon announced October 2021's free games coming to Prime Gaming subscribers, and there are quite a few big ones such as STAR WARS: Squadrons, Ghostrunner, and Alien: Isolation.

While Alien: Isolation is an old title now having been released in 2010, STAR WARS: Squadrons and Ghostrunner only launched in late 2020; both were well received, too.

Of course, as usual with each monthly Prime Gaming drop, there are also a ton of in-game skins and items coming in October to a variety of popular titles, as you can read below.