Antec Inc, for it's 25th anniversary this year, has now introduced the Next Generation of P183, P193, Nine Hundred Two and Twelve Hundred models respectively. With upgrades such as 3.0 USB Front ports, SSD drive bays and an additional cutout for the CPU for easy access for heatsink replacement. 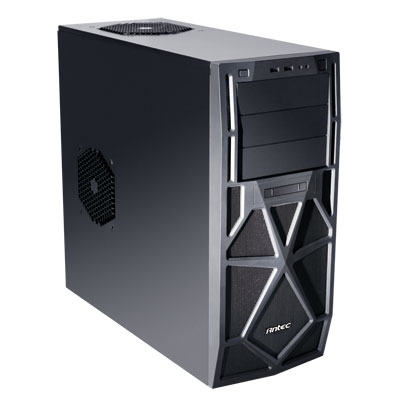 Each model is equipped with three key upgrades:

·         An internal 2.5” SSD drive bay (two drive bays in the Performance One enclosures and one drive bay in the Gaming Case series) for an unmatched combination of performance and convenience

·         A CPU cutout that allows for easy heatsink replacement

“We’re excited to release these new models in the Performance One and Gaming Case series as they offer users enhanced features to keep their leading-edge performance,” said Scott Richards, senior vice president of Antec. “With the new upgrades, these new models exemplify the customer-driven innovation that Antec is known for – users are going to love the increased flexibility and performance offered in these enclosures.”

Antec’s exclusive three-layer side and front panel design (aluminum, plastic, aluminum) in the P183 V3, and dual-layer design in the P193 V3, is retained to reduce noise and ensure Quiet Computing™, and offer excellent cooling capabilities. The P183 V3 also includes a double-hinged front door that opens to 270 degrees, external fan controls on the rear panel, rubber grommet ports on the rear to allow builders to easily mount external water-cooling hardware, and cable management behind the motherboard tray to reduce cable clutter.

Additional attributes of the P193 V3 include space for up to seven variable-speed fans, and features compatibility-enhancing attributes such as its unique power supply mounting option for both standard size power supplies as well as Antec’s exclusive CPX form factor PSUs.

Additional features of the Nine Hundred Two V3 include built-in washable air filters (right in the front panel,) room for up to 10 drive bays and eight expansion slots for even greater versatility.