Prepare your PC for Hard Reset

Hard Reset, yet another developer has turned a kind heart to the PC just like Crytek did when they first released Crysis and how Valve is working right now, a Polish studio by the name of "Flying Wild Hog" are making a game on what appears to be a Blade Runner(esque) future game. There are not many details ON the game but what is confirmed is that it will be a PC exclusive game and what sort of a PC exclusive would it be if it wasn't an FPS? Want to know more about the game? Head on inside 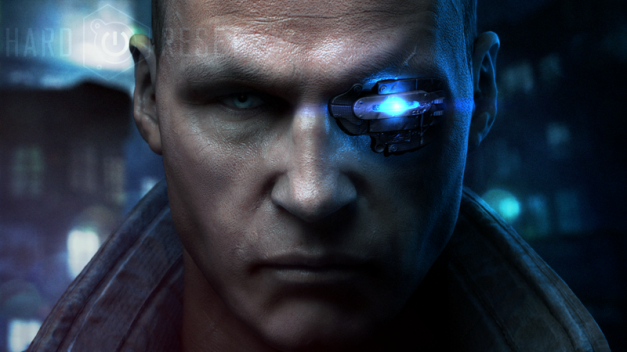 Hard Reset is a new game, it didn't make a big appearance at E3 or catch the attention of many gamers until now. PC Gamer was the first site to get an exclusive look into the game, they have described the game as a mix of Blade Runner, Matrix and Painkiller combined into one great package, All of which were superb games of their time.

Proprietary, impressively enough. It’s called “Road Hog.” And because a built-from-scratch engine is a serious investment, we’ll probably see more games on it from the developer.

Hostile robot takeover. Only one human city remains–the bastion of Bezoar. It’s here that Major Fletcher, your character (the guy with the laser eye patch), takes to arms against the robot hordes.

When, and how much?

and here are a few screenshots but do keep in mind that these screens MAY NOT represent what the game could look like once it is released.

Now you are probably thinking "Whats so special about this studio?" Well the answer to that question is in the below paragraph

Like some kind of Polish, game-developing Voltron, Flying Wild Hog was formed from members of People Can Fly (Painkiller), CD Projekt RED (The Witcher 2), and City Interactive (Sniper: Ghost Warrior). Read on for more details, the first trailer, and first screenshots.

And the icing on the cake, here is the announcement trailer of the game.

This game has definitely piqued my interest and I am definitely looking forward to it's release and I for one can't wait to see what the game looks like out of screenshots. After so many great people working on it how can this game NOT be the best thing to happen to the PC (I am talking of course in terms of exclusives)