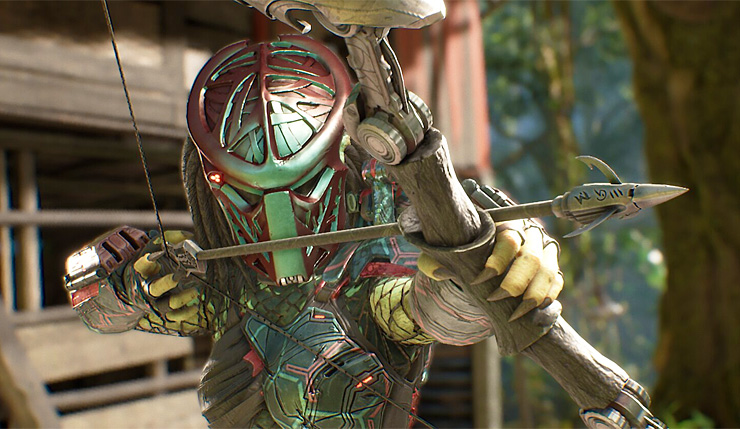 When watching the Predator movies, did you ever catch yourself thinking “Hey, I wonder how Predators reproduce?” No, me either. I suppose I kind of assumed they grew in pods or hatched out of eggs or something weird and alien, but nope! Apparently, Predators are mammals with mommies and daddies, because the latest Predator: Hunting Grounds trailer reveals the all-new female Predator. Check out the new Lady Pred in action, below.

Looking much-improved since we last saw the game! Here’s a little more about the female Predator from Hunting Grounds developers IllFonic:

When we first came up with what this game would be, [we] knew we had to create a world where this ultimate female warrior would exist too. We had fun imagining her back-story which helped us create a fierce warrior that any gamer will have fun playing. She is agile, fast, and relentless. She is a huntress without fear and she thrives in the hunt. In the trailer we see her with a weapon that IllFonic created, the Yautja Bow. This is no ordinary bow, it deals massive damage to its prey and will pin the enemy to walls and other structures at death. She has access to the entire Predator arsenal as well. 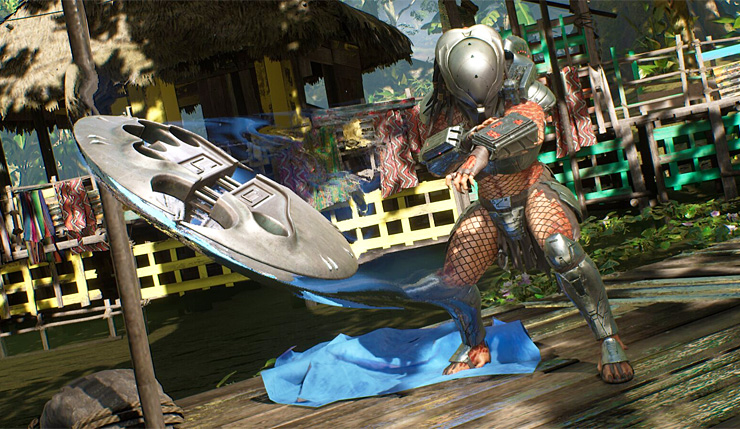 In addition to the female Predator’s new bow, a variety of other terrifying alien weapons will also be at your disposal, including:

As far as weapons go, the Predator has crazy off-world tech at its disposal. Did you happen to catch the scene with the Smart Disc making multiple kills? We have been demonstrating the wrist blades and plasma caster at events since August, but this trailer lets us show off even more.

Finally, here’s some info on the three different classes available for your Predator:

In our game, we wanted to make sure players had a way to customize their own Predator depending on how they want to hunt. On top of choosing your own armor design, we created three Predator classes with different styles of play, strengths and weaknesses to select from. Play as a Hunter, the balanced killer, the agile Scout that can quickly stalk their prey, or the brutal Berserker that is strong and able to take massive damage.

Of course, Predator: Hunting Grounds will be offering a Digital Deluxe version, which includes exclusive skins, a 120-page digital comic, and more. A price tag for the Digital Deluxe edition has yet to be confirmed. Everybody who pre-orders will get the classic Predator ’87 skin and the “Ole’ Painless” minigun weapon. (Click image below for full resolution). 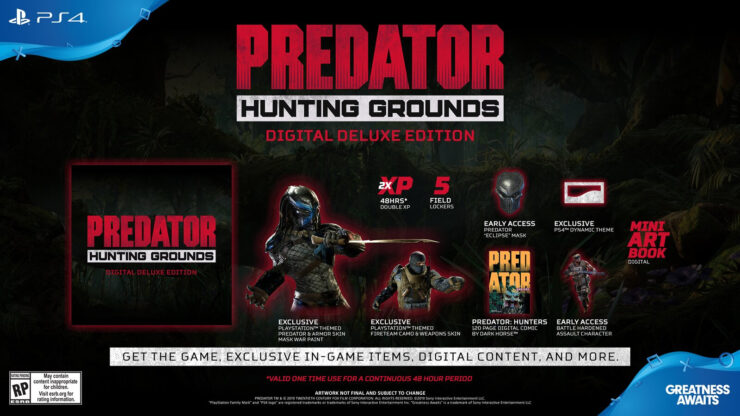