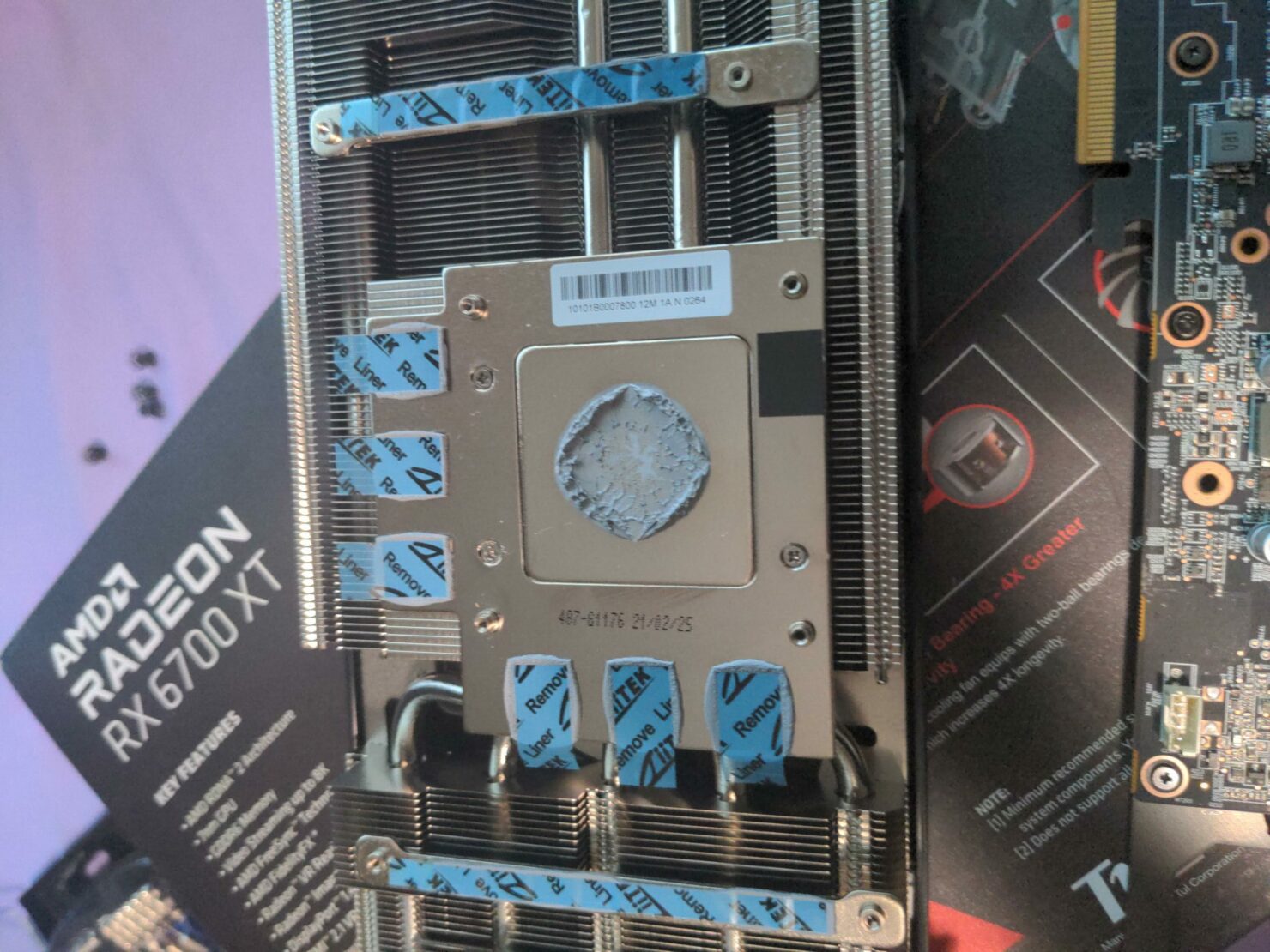 This image was posted on r/AMD on Reddit by user angry_kitten. It shows a PowerColor manufactured Radeon RX 6700 XT card with thermal pad covers still attached on the product. A thermal pad cover is typically removed before the heatsink is seated and have insulative properties, causing higher-than-normal GPU temperatures during operation. 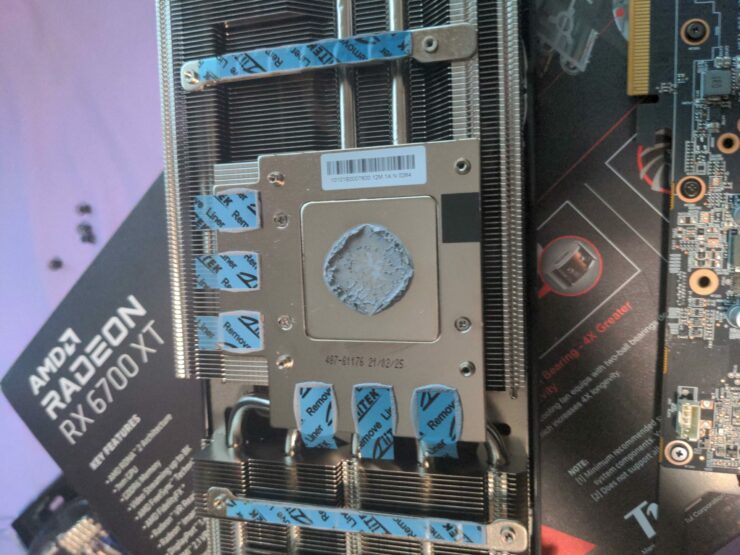 As every media source following graphics card stories have reported, GPUs are in very high demand. It has caused scalpers to ask for insane prices for GPUs, groups to offer GPUs that were used in cryptocurrency mining for low costs to entice buyers to purchase a product that has the possibility of never working, and so on.

Why did this image become important to the GPU community? And, what can we learn from this? Any company can have mistakes make it out of the factory. Things like this could happen, or components could be missing, an empty box could be shipped—the possible situations are endless.

As consumers, it is important, especially in this particular time period, to pay attention to what we are purchasing and ensure that we are being just as diligent about focusing on what is wrong with the items sold. There are those users that are well aware that what they are looking at is a factory defect, such as this particular case. But, everyday consumers who do not install components regularly, build systems consistently, or that do not work in the industry of computer enthusiasts or specialists would not have known what to do in this situation and would have installed a faulty card. We all have to be our own advocates and make sure that what we receive works as intended and to question abnormal pricing figures.

On a side note, when researching further into this story, it was discovered that a representative from PowerColor was one of the users in the Reddit thread. User PowerColorSteven on Reddit is a sales specialist for PowerColor in their North American region. He has stepped up on numerous threads on Reddit helping users to seek the help that is needed when someone posts a picture such as the one above and asks, "Is this normal?" Also, he becomes the middleman on several instances where a consumer is having technical difficulties with things like compatibility and application usage when using their products. It is fortunate to have experts in platforms like Reddit that actively help users daily. That type of service ends up speaking volumes about the quality of the company, and creates trust with users on a higher level than accessing support pages and speaking to other users that are not connected to companies.