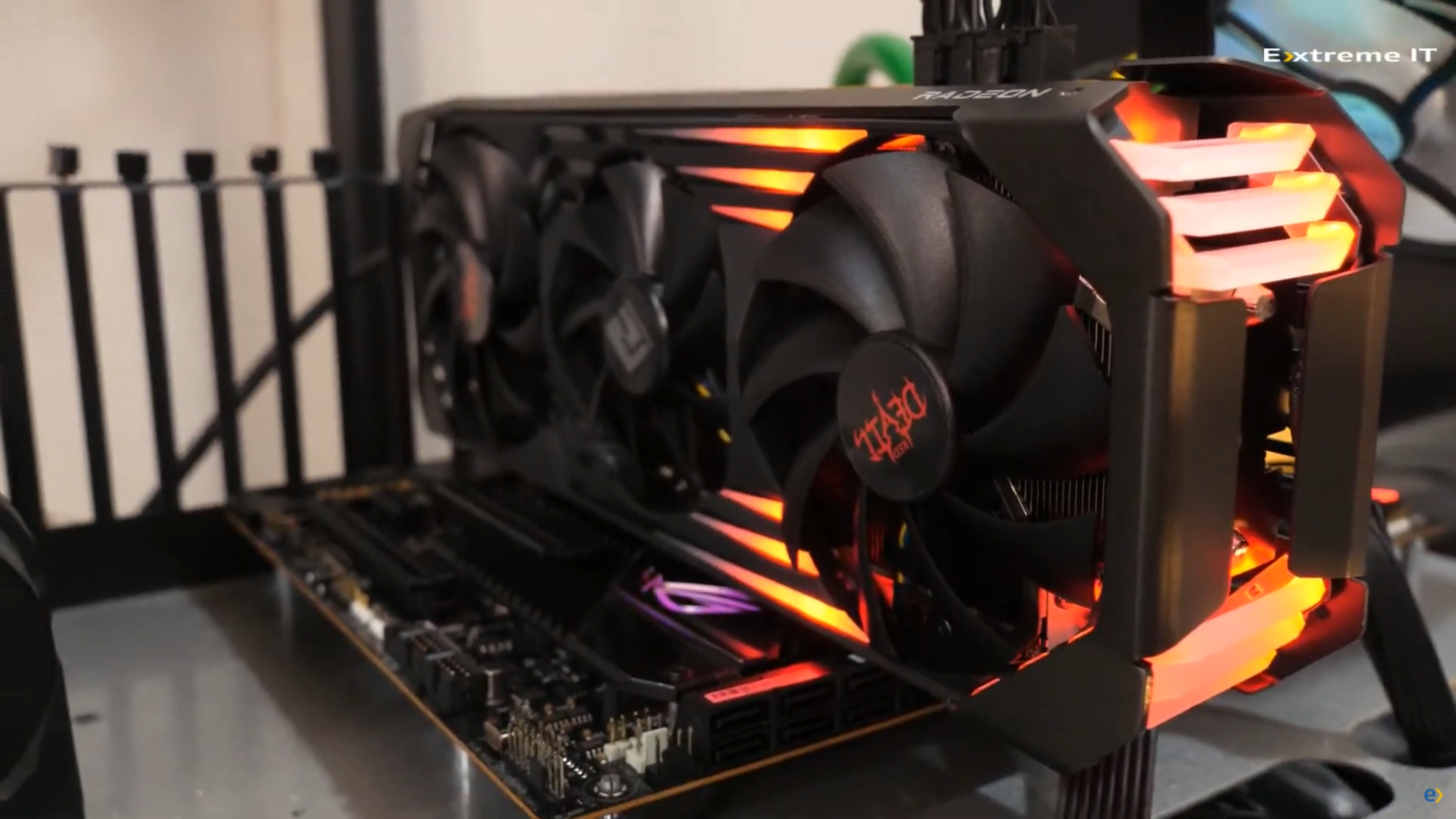 PowerColor's recently revealed Radeon RX 6800 XT Red Devil behemoth has been put to the test by Thai tech outlet, ExtremeIT (via Videocardz). The graphics card is the flagship PowerColor offering & will feature an insane triple-slot & triple-fan design which we detailed over here.

The YouTuber got access to the PowerColor Radeon RX 6800 XT Red Devil but posted some test results prior to the embargo lift of the card which should be in a few days. With that said, the Red Devil comes in a Limited Edition flavor and only 1000 units are produced as indicated by the label on the backplate.

As for the test, Radeon RX 6800 XT Red Devil was overclocked to a mind-blowing 2800 MHz clock speed but the overclock wasn't stable. The GPU was then configured to a more conservative 2.65 GHz clock speed which is still 310 MHz higher than its out-of-box factory overclock of 2340 MHz on boost. The memory was also pushed to 2150 MHz which equals 17.2 Gbps for an effective memory bandwidth of 550 GB/s.

A few games were tested but the most interesting benchmark was the 3DMark Fire Strike run with the 2.65 GHz overclock. The Radeon RX 6800 XT Red Devil scored an impressive 56,756 points in the benchmark which is close to the world record of 59,606 points.

Do note that we are comparing graphics score and not the overall score as the test setups vary a lot in terms of configurations. The world record run was also obtained on a 2.65 GHz clock on-air and using the reference cooler. This shows that with LN2, the RX 6800 XT can definitely breach 2.9-3.0 GHz clocks which is an amazing feat for AMD's Big Navi GPU.

Another interesting aspect of the card is how well it can keep up with the insanely high clock speed that the Red Devil has to offer. The Radeon RX 6800 XT Red Devil was hovering around 55-56C with 2.6 GHz+ boost clocks with a fan speed of 100%. Even with the reference profile, the temperatures were hovering around 65C.

As for the Red Devil, the graphics card is expected to launch about a week or two (25th November) after the Radeon RX 6800 XT & RX 6800 series launch so pricing and specifications would be posted later on.