Taiwanese manufacturer PowerColor has displayed it's latest Devil 13 Dual Core Radeon R9 290X at this year's Computex. PowerColor's cards are known for higher specifications than those of AMD or Sapphire. The card offers an air cooling solution which is in stark comparison to the one offered by AMD's own Radeon R9 295X2 'Vesuvius', which features an AIO watercooling system to handle the heat load. Powercolor's latest offering now replaces this cooler. The cooler is replaced by a triple slot cooler, giving those who hold a grudge against watercooling for whatever reason an affective replacement. 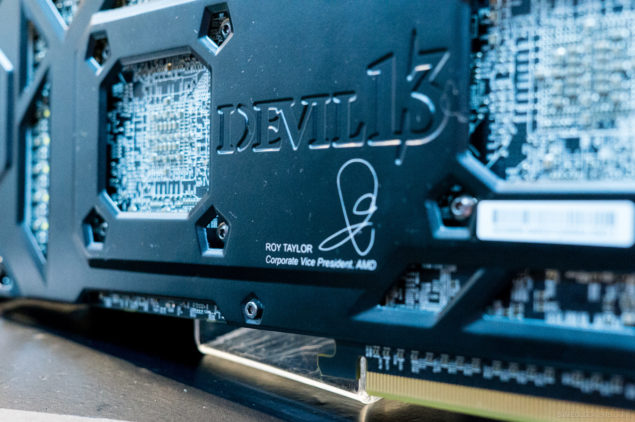 PowerColor's Devil13 Dual Core R9 290X2 features some very interesting and heavy specifications. The card has a total of 5632 stream processors. These are coupled with 4 GB of GDDR5 per core, making it into a total of 8 GB. The maximum clock rate of the Devil 13 Dual Core R9 290X2 is slightly lower than that of the Radeon R9 295X2. The card clocks at 1000 MHz, while the clock frequency for R9 295X2 is 1018 MHz. It is quite a size able piece as well. The air cooling on the card takes up three expansion slots. This is one slot more when compared to AMD's R9 295X2 which features two expansion slots in addition to a separate 120mm radiator with a fan. In the case of the Devil13 Dual Core R9 290X2 there are three 90mm fans. PowerColor also claims to have focused on noise reduction while designing the unit.

The calzones on PowerColor's Devil12 do not cover up the entire back either. They end up covering only those components which generate the greatest amount of heat, such as the power supply components. The other areas are uncovered to provide better airflow and cooling. PowerColor has also re-designed the PCB on the Devil13 Dual Core R9 290X2. This ends up giving the card a massivie 10+2+3 phase power delivery system apart from PowerIRstage digital PWMs, supercaps and voltage check points. The Devil13 Dual Core R9 290X2 also comes with an 8-pin PCI Express which puts the power value of the card to 675 Watts according to the ATX standard. Actual, official power ratings for the card are not known as of yet. The Devil13 Dual Core Radeon R9 290X is expected to be launched within a couple of weeks. The card is expected to cost around $1500. To further complement the card, PowerColor is adding a Razer Ouroboros mouse in the package as well.

In addition to the Devil13 Dual Core R9 290X2, PowerColor also displayed a product called the 'Turbo Timer'. Turbo Timer is a set of capacitors designed to connect with special PowerColor cards. These capacitors allow the fans on the card to continue running for a small time period after PC has been turned off. This would, according to the manufacture allow the trapped heat on the card dissipate after power has been turned off. Ultimately, PowerColor aims towards preserving long term life of their cards via this addition. 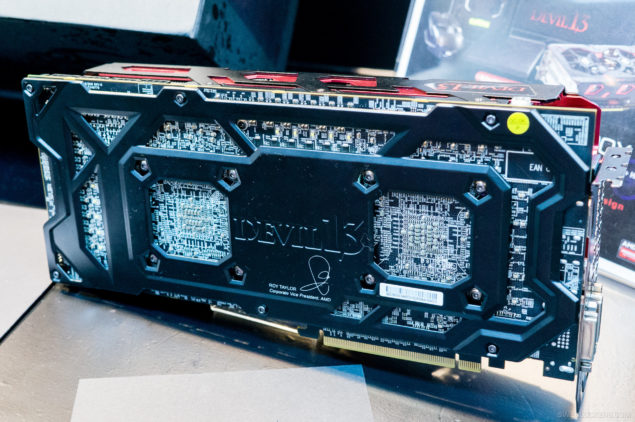 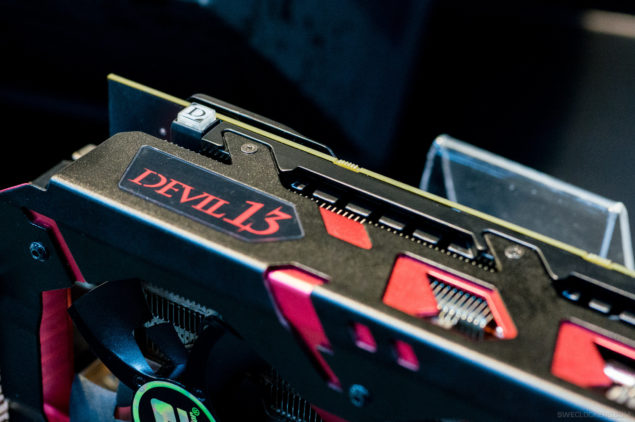 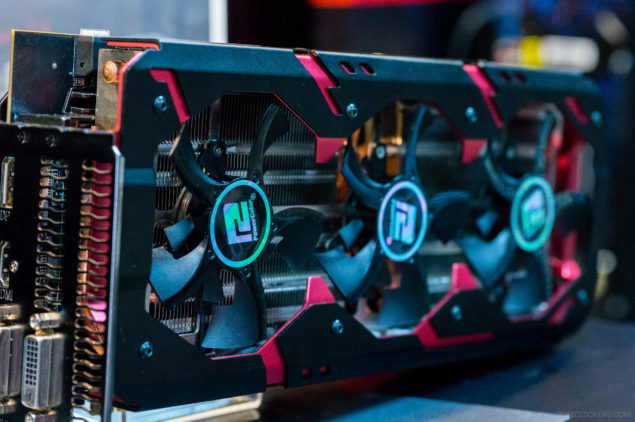 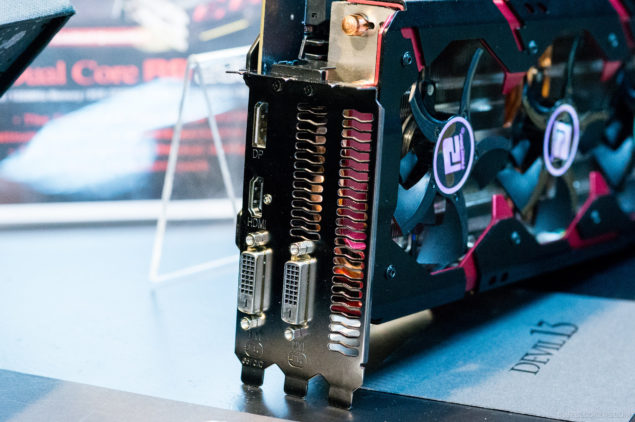 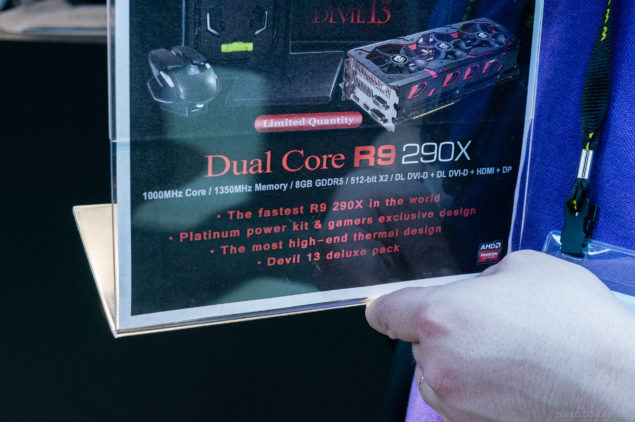 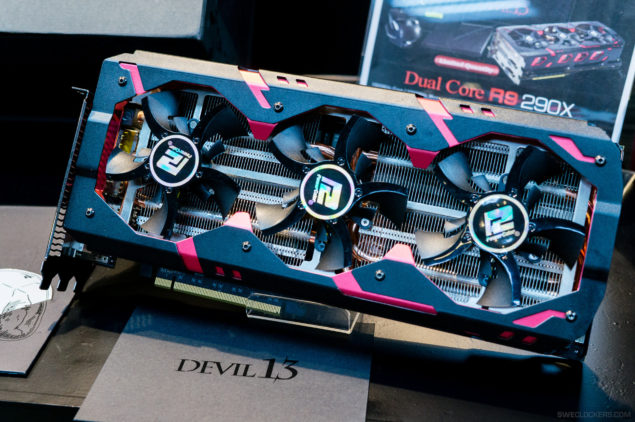