It was previously rumored that Apple is planning to make available its new Powerbeats Pro in four new colors. The list of colors includes Glacier Blue, Cloud Pink, Spring Yellow, and Lava Red. If you were planning to get your hands on the Powerbeats Pro but did not know what they look like then today's leak might entice you. That's right, the official marketing images have surfaced on the German website WinFuture that shares more details on the product. Scroll down to read more details on the pricing and availability of the upcoming Powerbeats Pro models.

As mentioned earlier, the official marketing images of the Powerbeats Pro have leaked that show the headphones in four new color options. The website also notes that all variants of the earphones will be available at a price of $249.95. Apart from the pricing, the options are pretty similar to what we have already seen. They go over your ears and snuggled tightly.

As for its availability, the Powerbeats Pro is expected to be released in early June. However, we can never be certain about the release time frame since the final word rests with Apple. So do take the news with a pinch of salt. The Powerbeats Pro was first introduced in April of 2019 it was the company's first totally wireless Beats earphones. 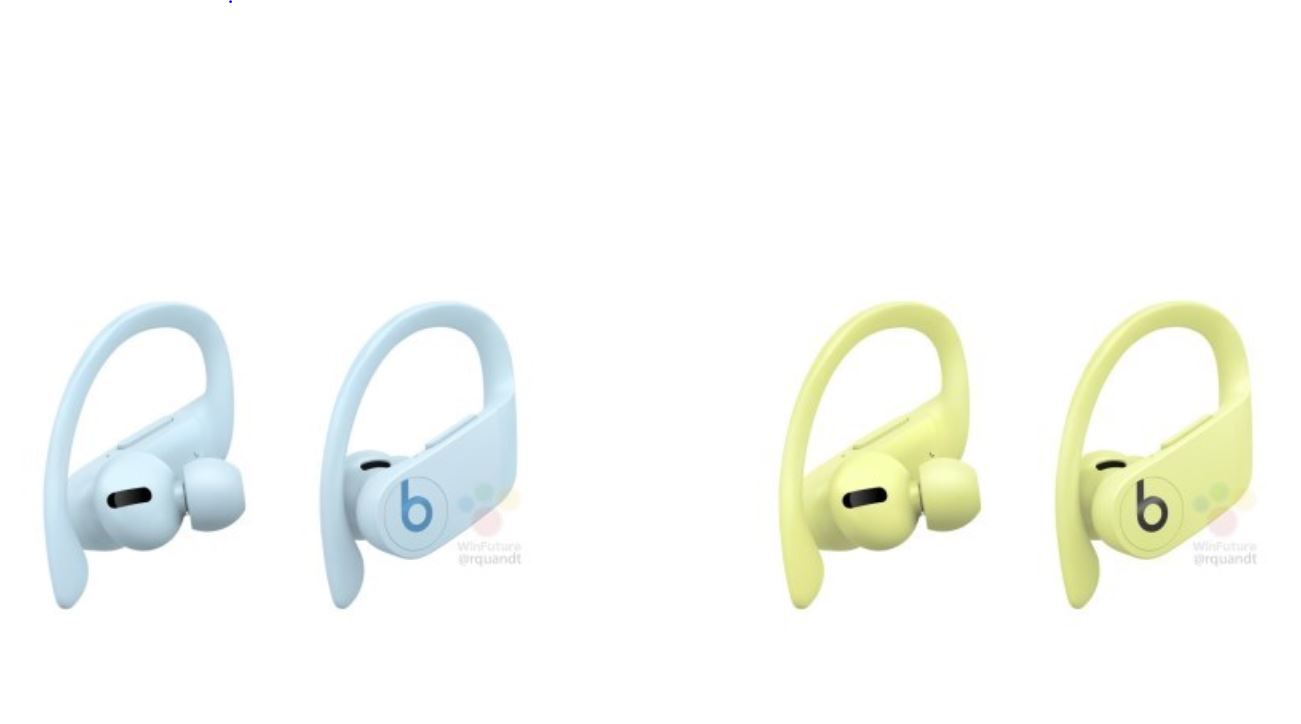 As for internals, the Powerbeats Pro featured the same H1 chip that also powered Apple's AirPods second-generation. The H1 chip is responsible for "Hey Siri" commands and faster connectivity with the Apple Watch and iPhone along with other devices. At this point, we're not entirely sure what changes would be implemented internally. While existing colors include Black, Moss, Ivory, and Navy, you might also want to check out the new colors.

That's all there is to it, folks. What are your thoughts on the leak? Do you like the new colors? Let us know in the comments.