The successor to the Powerbeats 3 headphones are here, the all-new 'Powerbeats.' Here's everything you need to know about them.

Leaked and known for quite some time now, the all-new Powerbeats from Apple are finally here. Costing just $150, the new headphones are $50 cheaper than the Powerbeats 3 which the new ones are replacing, making them far more affordable than before. Fun fact, the new Powerbeats are the cheapest headphones from Apple which pack the H1 chip.

H1 is Apple's new chip for headphones, the same one that can be found inside the AirPods and AirPods Pro. This enables features like superior battery life, a far more solid connection and Hey Siri support. So without any surprises, you can find all three in the new Powerbeats. The battery life is rating for up to 15 hours on a single charge.

Recharging is done via Lightning cable which is included in the box, thankfully. And a one-minute charge will get you an hour's worth of listening time which is nice for the lazy ones among us who are constantly forgetting to charge devices before doing anything. 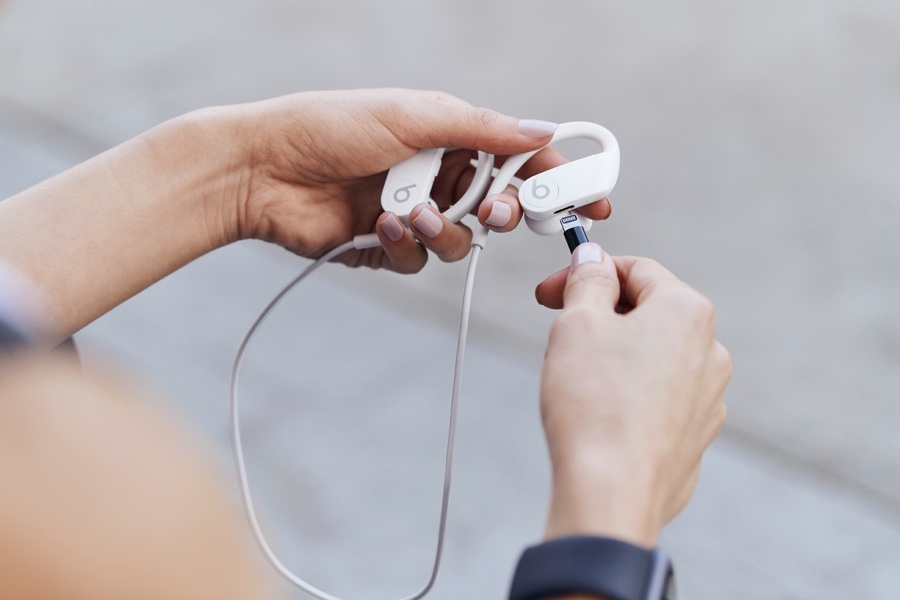 Thanks to the very same H1 chip, all you have to do is power on the Powerbeats, bring them close to an iPhone, iPad or iPod touch and you'll see a pop-up notification for pairing and have them synced across your devices thanks to the power of iCloud. You can, obviously, pair these up with an Android phone, tablet or even a Windows PC by simply pressing and holding down the pairing button for a while.

The right earbud has controls for powering up, down and pairing, while the right one has physical volume controls including a Lightning port.

Wrapping things up, the new Powerbeats feature a Powerbeats Pro-like design and are in-ear style headphones with ear hooks and all for a secure fit. You also get extra in-ear tips inside the retail packaging so that they fit your ears properly.

The new headphones have a water-resistance rating of IPX7 which means they are suited for places like the gym.

The Powerbeats are priced at $150, available in Red, White and Black, and will be available to buy on the 18th of March. Head over to this link if you are interested in buying these.