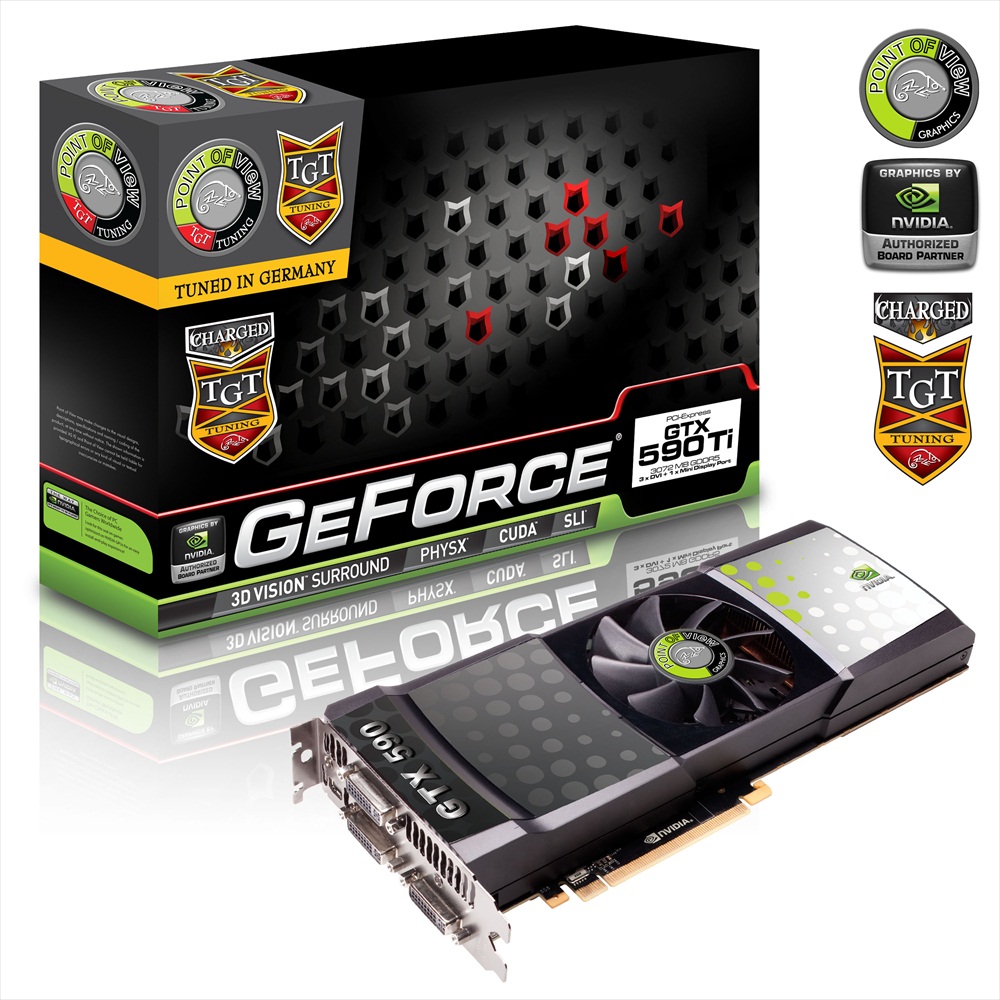 Point of View's Geforce GTX 590 has been pictured and looks like the card is an overclocked variant and is known as the POV/TGT GTX 590 Charged Edition Graphics Card. The card has been developed and tuned by POV in Germany.

The card comes with slightly higher clocks of 668MHz/1224MHz/ 3628MHz of Core/Shader/Memory respectively. It uses a 3GB GDDR5 memory running along a 384bit x 2 wide memory interface. The card sticks to the reference cooling of the GTX 590 and the only difference seen in this and the stock Nvidia GTX 590 is the POV logo on the cooler shroud and the overclocked specs. The card is 11" long and can be a issue to install in smaller casings. Comes with Dual 8 Pin connectors to power it up.

Display connectivity includes 3 x DVI and 1 x Mini HDMI connector. The card features DirectX 11 Graphics, Tessellation along with nvidia exclusive features such as PhysX, 3D Vision, Cuda and 3D stereoscopic display. The card will be available by tomorrow o the official release day of the card for a price of 659,1 €.

Also check out the other leaked GTX 590 variants in the links given below: