Portals Chell gets a New Look

Alright, so the 1st major change in Portal 2. The old prisoner and really weird suit has gone out of the window and the new one looks well, more like a lab-rat. Well of course its not like you are not one, but still compared to the old one the new Portal suit looks more "fitting" to the game atmosphere. Now Chell the very famous character of Portal now wears a little lab cap and a suit that looks like its part test subjected. One thing still remains there, which are her famous spring heeled contraptions which are attached to her legs. Well the design is not complete or final so you cant say much, but also you cant also say that there's going to be a major change. And so expect the final design something close to this one, most probably. A pic after the jump 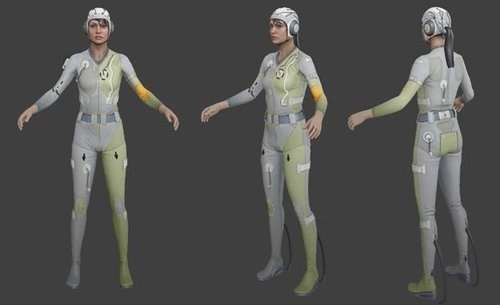