Portal 3 Trademark Filed – And its Authenticated this Time.

Well, if you heard about the Half Life 3 Trademark filed in the Trademarks and Design Registration Office of the European Union (OHIM). You would also know that the trademark mysteriously vanished meaning that it was probably a hoax. However the Half Life 3 trademark was never authenticated nor officially checked. A new Trademark: Portal 3 infact has sprung up and this time it has been checked and authenticated.

What does an Authenticated and Officially Checked Portal 3 Trade Mark Mean?

So apparently this trademark was filed on 2nd of October 2013.  The credentials of the Trade Mark are the following:

You can check this Trade Mark over here.

Unlike the Half Life 3 Trade Mark this one has been duly examined by the OHIM - still take it with a very large pinch of salt. 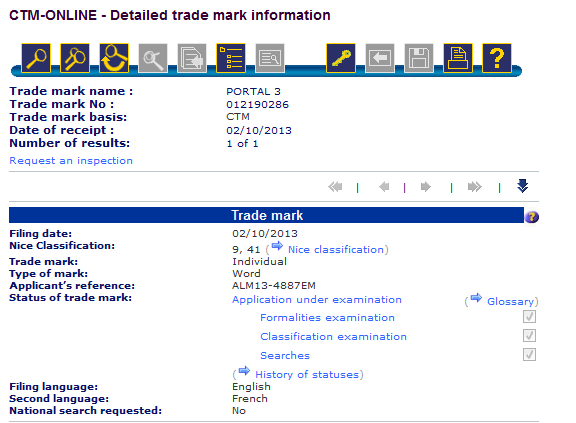 This is  the second time a Trade Mark of one of the most awaited games from Valve has sprung up, is it a coincidence? I seriously doubt it. But the thing is unless there is a guy somewhere so dedicated to trolling that he is able to bypass official authentication and risk fraud and consecutively going to jail, i don't see how this could be fake.

My gut instinct screams "Fake" but logic says this is worth some consideration. Of course even if it is a legit Trade Mark it doesnt mean we are going to get Portal 3 anytime soon. It could also mean that the first mark COULD have been legit. Maybe Valve thought it was giving out unnecessary hype since it is not close to release and backpedaled? Is this our consolation prize or will this mark disappear in a few days just like its former sibling?

#Portal3 Trade Mark Filed at #OHIM. This time its Officially Checked. Whats up #Valve? OR Trolls Getting Smarter? http://t.co/9iQKghCnAn