No Quick Charge 2.0 On The LG G4; Despite Snapdragon 808 Support

LG launched the LG G4 just two days back and the device came with some impressive specifications indeed. While the company did choose to do away with Qualcomm's Snapdragon 810, choosing to focus more on consistency than top performance specifications, that doesn't mean the LG G4 is a phone without strengths. Seems like all those consumer demands that LG claimed it followed at the time of the G4's launch bore some fruit. Camera specifications received significant attention alongside a massive removable battery that LG boasted about quite a lot, powering the device. But looks like not everything's going according to LG's plan, as problems related to the G4 have already started to pop up. 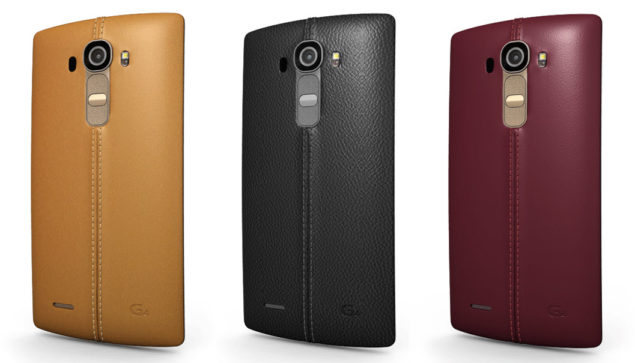 The LG G4 comes with quite a hefty 3000 mAh battery that should be enough to cover most charging needs. But if you're expecting fast charging on LG's latest flagship, you might be in for a disappointment today. Your LG G4 might not be the quickest to charge, even though the Snapdragon 808 on board does support Quick Charge 2.0. This feature hasn't made it on board the LG G4 though, and the reason for that seems to be that LG wants its accessories for the device to be equally popular.

Seems like a separate case for the LG G4 will be available from the manufacturer that will also include Quick Charge 2.0 on board. So if you're looking for faster charging times for your future LG G4, be sure to get your hands on the accessory as well. Or, you could also simply purchase a new battery for the device, that will end up being handy during critical times. Thoughts? Let us know what you think in the comments section below.