Polkadot (DOT), a decentralized protocol that allows unrelated blockchains to interact with each other in a secure manner, is currently the greenest major cryptocurrency on the market, as per a tabulation by Crypto Carbon Ratings Institute.

Before delving into this subject, let’s take a look at Polkadot’s unique architecture.

Polkadot Aims to be “the Blockchain of Blockchains”

Polkadot’s architecture consists of two main elements: the relay chain and parachains/parathreads. The relay chain is the bedrock of the network. Here, Polkadot validators stake the native DOT coin in order to secure the chance to authenticate three main transaction types: interaction with governance mechanisms, parachain auctions, and Nominated Proof of Stake (NPoS).

As a refresher, parachains are sovereign blockchains that have their own tokens and functionality. Parachains are able to connect to Polkadot’s relay chain by leasing a slot for up to 96 weeks at a time, with the option to renew the lease before the slot expires. These slots are assigned via an on-chain auction, with auction winners locking up a bond in the DOT coin for the duration of the lease. On the other hand, parathreads are shared slots that are cheaper and ideal for processes (blockchains) that do not require constant connectivity.

Most of the computation on Polkadot’s network occurs within parachains/parathreads. Collator nodes collect parachain transactions and produce state transition proofs for the validators on the relay chain. These proofs are then authenticated by dedicated validators assigned to specific parachains or parathreads via the NPoS method – nominators attach their DOT stake to particular validators in order to help them enter the active validator set, thereby winning a portion of the staking reward in return. For their part, validators produce blocks on the relay chain to win staking rewards.

Finally, the DOT coin serves two purposes on the Polkadot network: it drives the staking mechanism and acts as a governance token by allowing its holders to vote on the future of the protocol. At $22.078 billion, DOT currently has the tenth largest market capitalization among all cryptocurrencies. As per the tabulation by CoinMarketCap, there are over 987 million DOT coins in circulation.

With the primer on Polkadot’s architecture out of the way, let’s discuss the protocol’s energy consumption and carbon footprint. 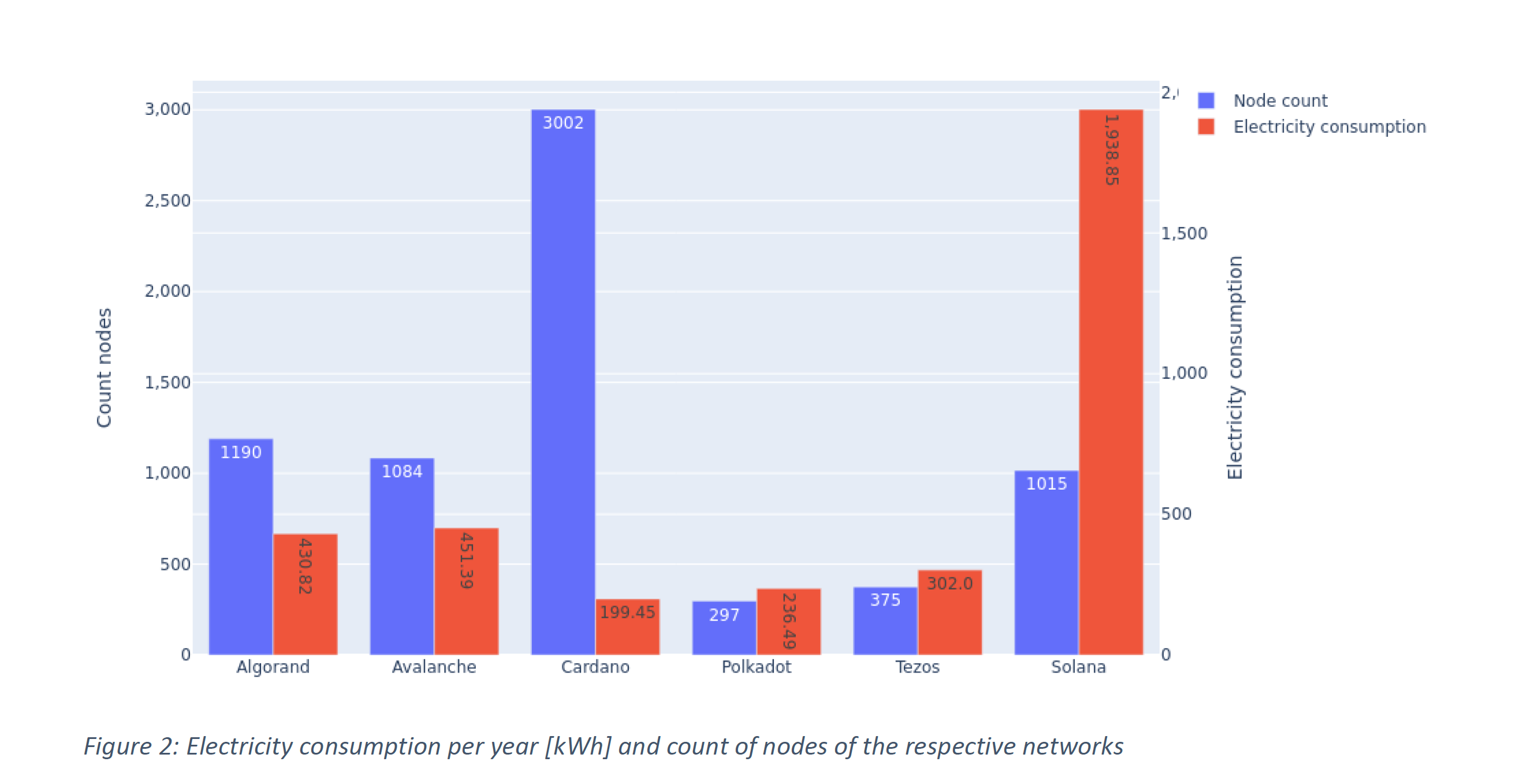 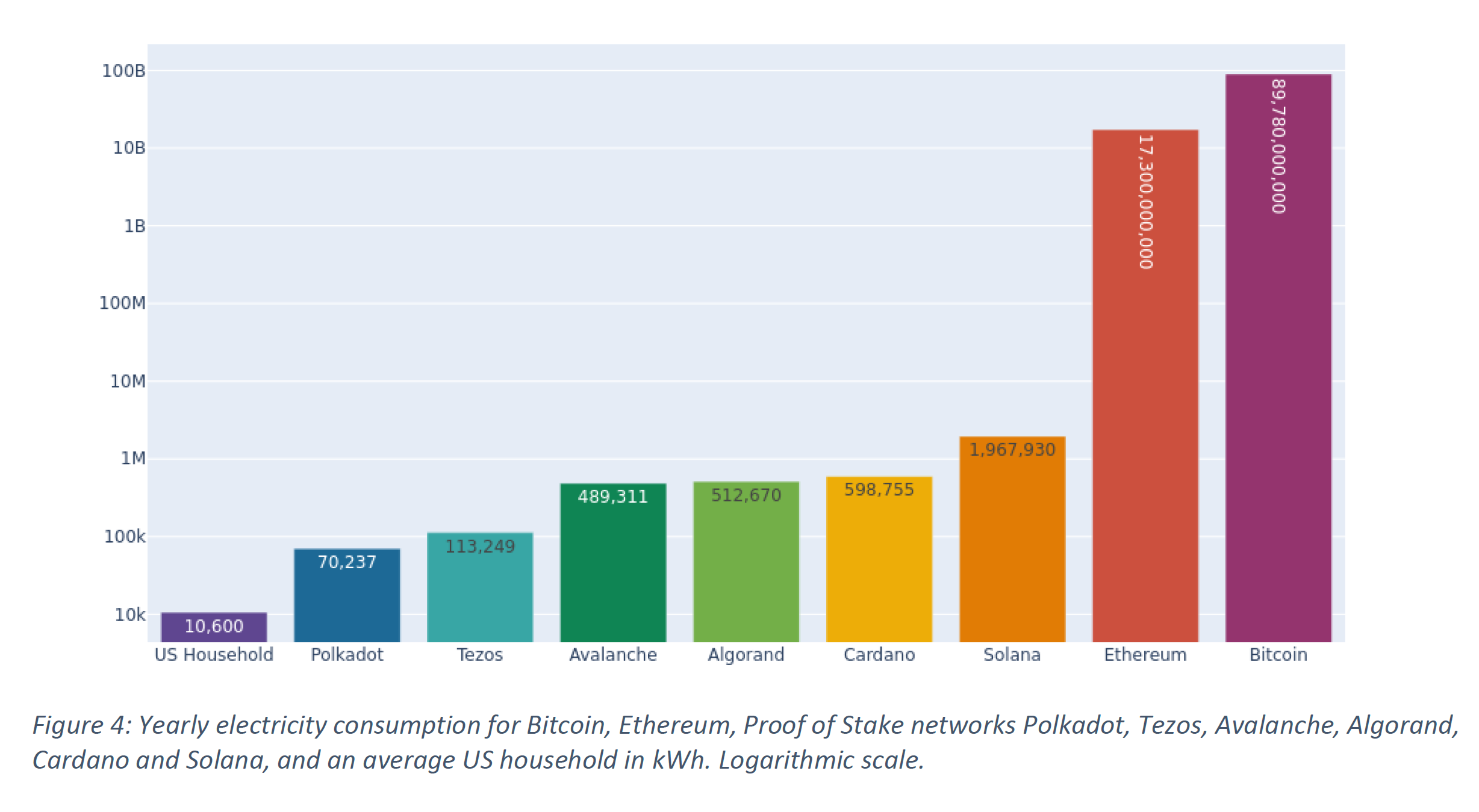 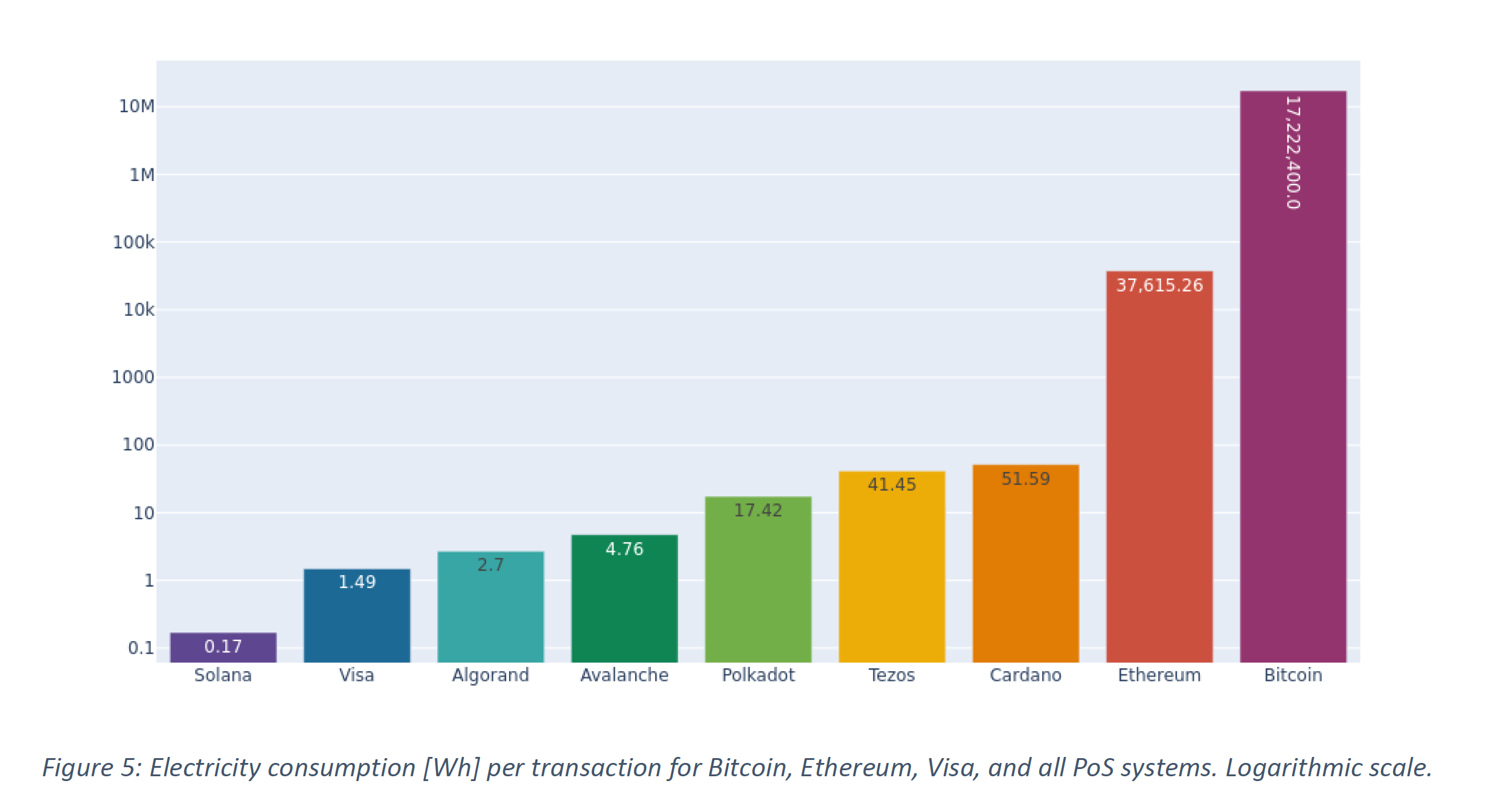 Finally, Polkadot takes the lead again when it comes to the carbon footprint produced by major cryptocurrencies. Polkadot’s carbon emissions equate to around 5 business class airplane roundtrips between Munich and San Francisco. For Cardano, this metric equates to over 284 such trips, while Solana comes out last among its fellow Proof-of-Stake (PoS) cryptocurrencies with a carbon footprint that equates to over 934 such trips. 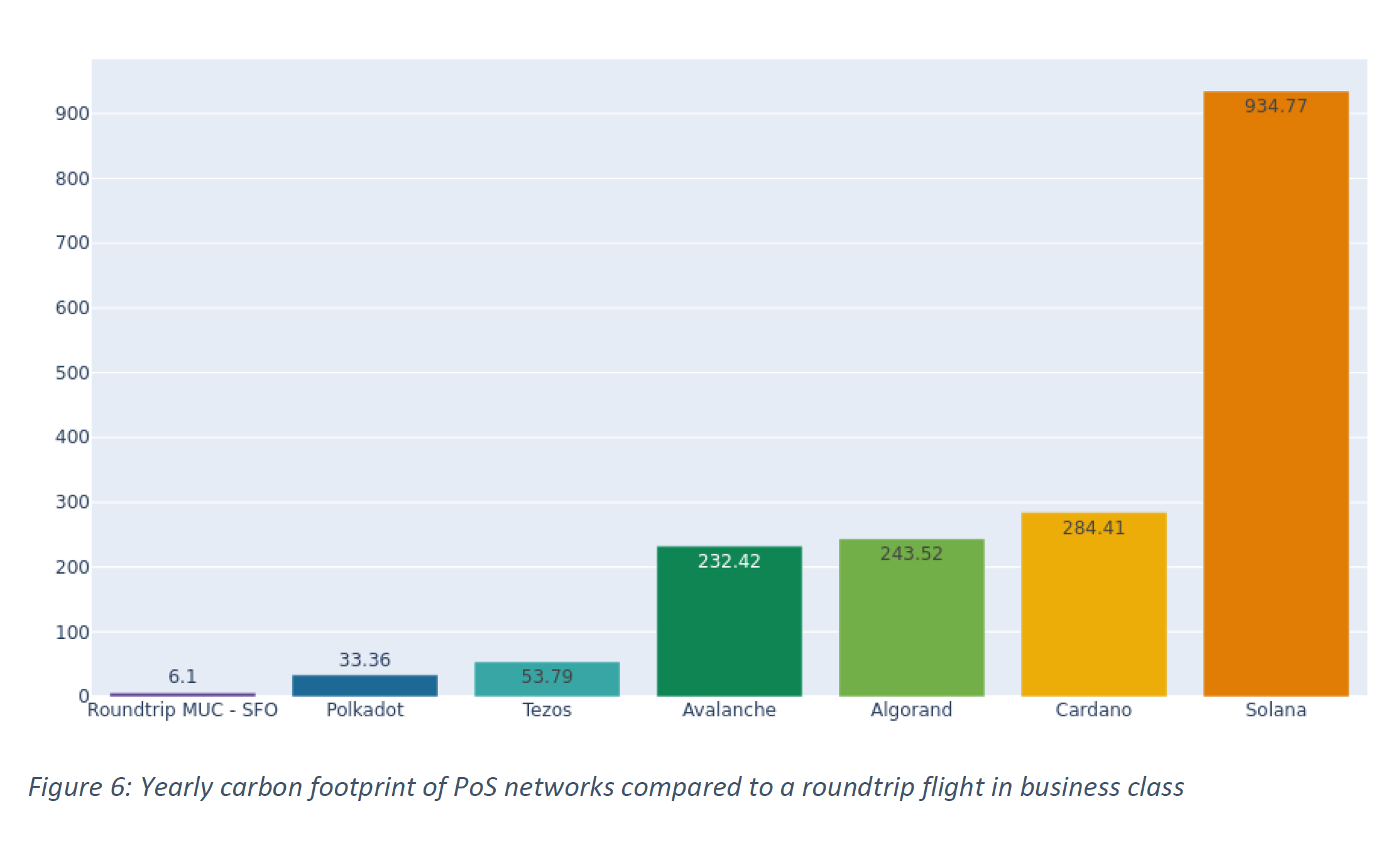 The soaring energy use of the entire crypto sphere has become a bone of contention for the technology’s detractors. Continued investor focus on this metric will incentivize crypto stakeholders to reduce the carbon footprints of their associated networks, leading to a much greener future.