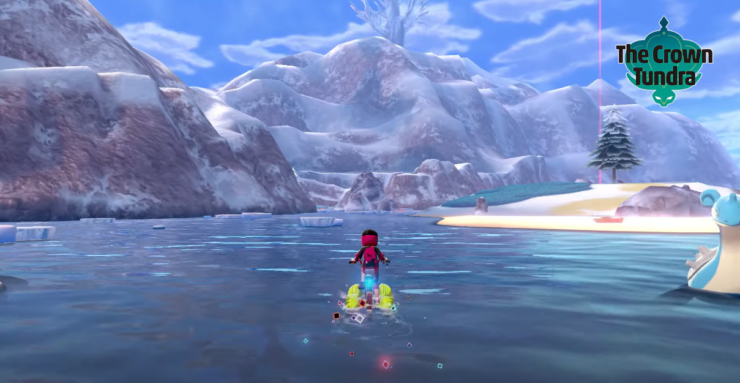 The upcoming next expansion for the Pokémon Sword and Pokémon Shield, The Crown Tundra, has received a new coming soon trailer.

The second expansion for Game Freak’s latest main Pokémon installment on the Switch is releasing somewhere this Fall, and a new trailer showcasing new Pokémon, characters, and locations, has now been released. Check it out below:

The wild adventure continues…. Lead an expedition in the snow-swept realm of the Crown Tundra and unravel the mystery of the Legendary Pokémon Calyrex who once ruled over it. Coming soon.

Aside from a ‘coming soon’ at the end of the trailer, no actual release date has been mentioned yet. Nintendo, however, did already reveal that it will be become available before on or before November 30.

The second area unlocked by your Expansion Pass is the snow-swept realm of the Crown Tundra. See for yourself the beautiful scenery of this shining, silvery landscape! In this frigid area, with its jagged winter mountains, people live in small communities where they support and rely on one another.

A man named Peony will appoint you as the leader of his exploration team in the Crown Tundra.

You’ll then be tasked with investigating the reaches of this frozen land. And remember the Pokémon Dens that you’ve only been able to glimpse during Max Raid Battles? Well, now you’ll be able to explore their depths!