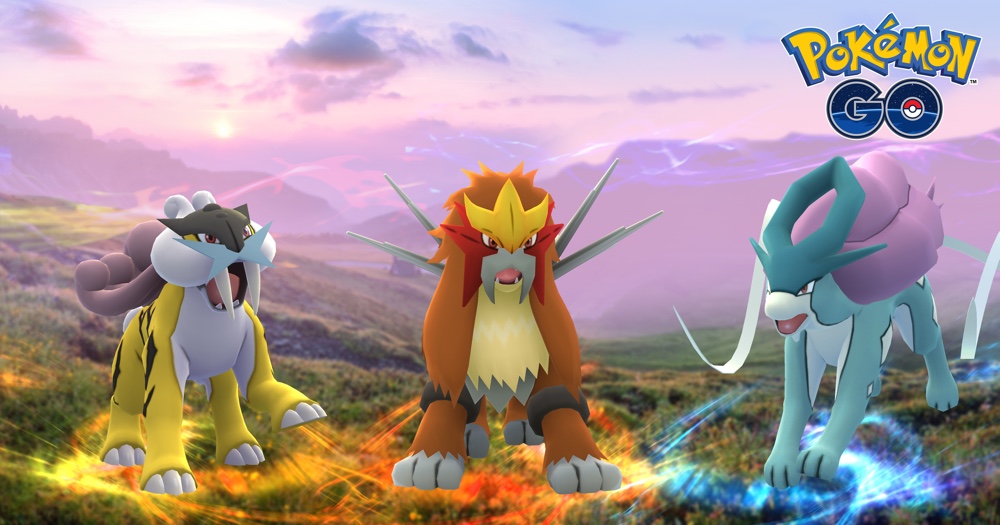 With the introduction of Mewtwo in Pokemon GO, it was obvious that the Legendary Pokemon roster was going to be expanded in the time to come. Surely enough, Niantic has made the call and has brought three new Legendary Pokemon to the game.

New Legendary Pokemon aren't the only addition to the game, there's more to it as well. Here's the full release from Niantic on the matter.

Over the last several weeks, we’ve heard so many incredible stories of Trainers teaming up together around the world to catch Pokémon GO’s first Legendary Pokémon. We’re excited to keep the legendary adventures going!

On September 30, all three of these Legendary Pokémon will move to a different location and will be available for Trainers to battle with friends until October 31. They will make their final stop in the last remaining location on October 31. Raikou, Entei, and Suicune will be available for this limited time period, so make sure to battle against them when they arrive at Gyms near you!

While these Legendary Pokémon are traveling the world, we’ll also begin an EX Raid Battle (formerly Exclusive Raid Battle) field-testing phase at select Gyms before the feature is made available globally. We have collected some valuable early feedback on the new EX Raid Battle feature and will look to further test and hone the experience through the feedback of the dedicated global Trainer community. During the field test, we’ll be making periodic adjustments to EX Raid eligibility requirements, frequency, times, locations, and durations with the goal of making the EX Raid Battle feature engaging, rewarding, and most importantly, fun for Trainers who regularly participate in Raid Battles.

The first EX Raid Passes will be sent out soon, and those invited will have an opportunity to try out the new system as early as September 6. Stay tuned for more updates as we launch the EX Raid Battle field test to more Gyms in the weeks ahead. We look forward to reading all your constructive feedback on our social media channels and encourage you to continue share your thoughts throughout the EX Raid Battle field test!

Keep your eyes open for more updates from the world of Pokemon GO. In the meantime, download the game and level up!