PNY's reference model of the GeForce GTX 660Ti GPU has been revealed which show the card utilizes the same PCB as the GTX 670 along with a similar cooling design.

Display outputs include 2 DVI, 1 HDMI, 1 Display port. Expect the card to hit retail on 16th August for $299 as suggested by online retailers. 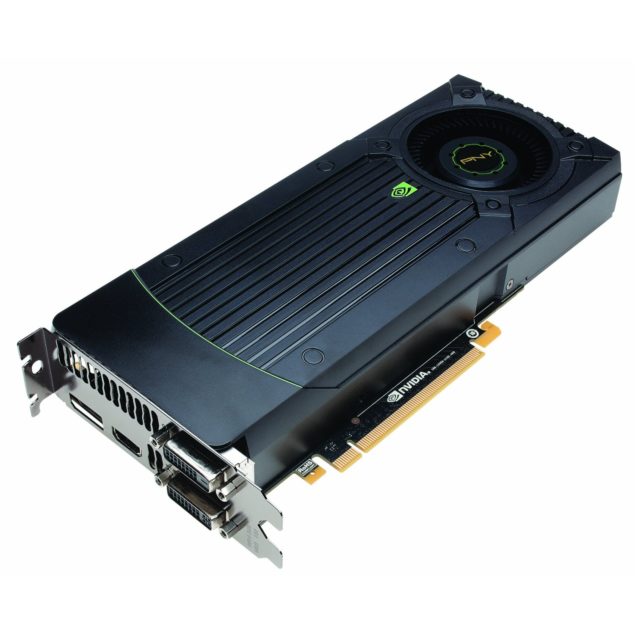