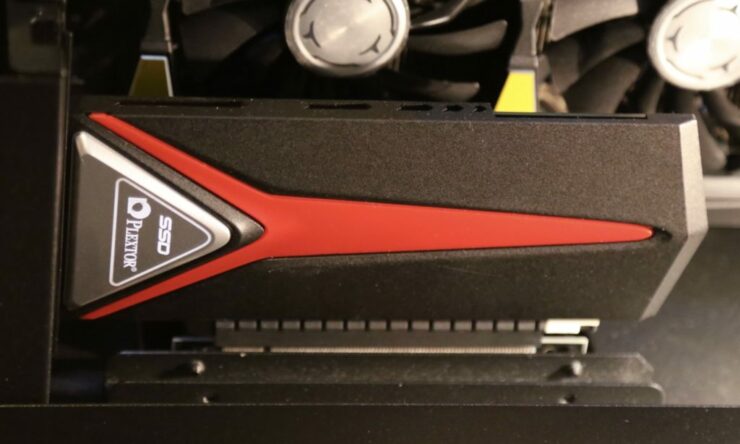 Plextor M8Pe gets officially announced at Computex 2016, and apart from showing a plethora of storage products, the company has achieved a new milestone as far as read and write speeds are concerned.

Plextor announced its newest M8 M.2 Series of NVMe SSDs, which utilize the prowess of the newest Marvell’s newest 88SS1093 controller, which is responsible for delivering all those read and write speeds. There are a variety of different form factor and storage interface drives that are going to be sold; M8 M.2 SSD will be available with or without heatsink, or in a HHHL PCIe form factor that ensures compatibility for those without M.2 slot equipped PC systems. 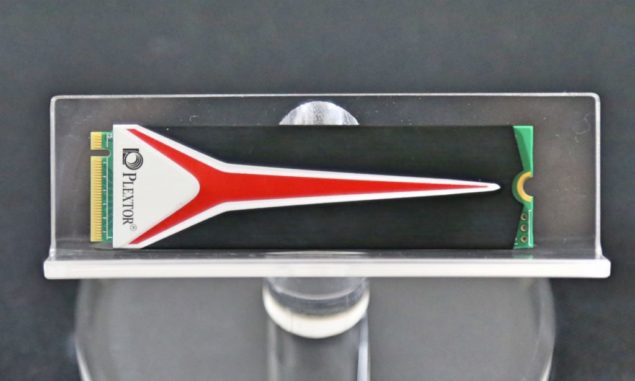 As for Plextor M8Pe, this ultra-fast SSD derives its speed from the Marvell 88SS1094 controller and in case you did not know, the flash memory has been produced on the 15nm process. Plextor M8Pe is available in a variety of different capacities, and as you move up the capacity base, you might have to spend more money, but you will get more read and write speeds in the process too. BenchLife reports the following metrics concerning the sequential read and write speeds of Plextor M8Pe as you move up the storage capacity ladder. 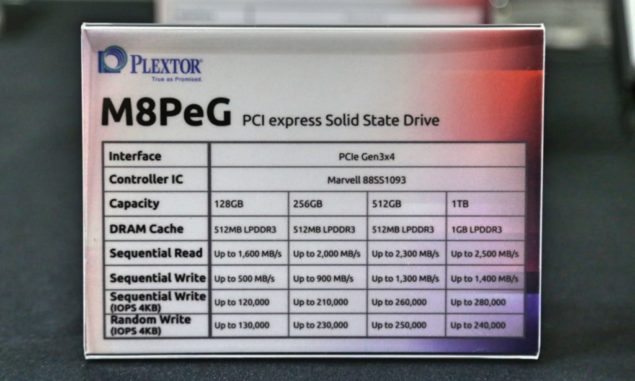 During the Computex event, Plextor also demonstrated live that its M8Pe was able to read up to 3,280 MB/s, and obtain a maximum write speed of 1,770MB/s write performance. According to the source, the speeds of Plextor M8Pe were high mainly because the firmware was modified. According to the company, Plextor M8Pe is going to be available to purchase during the month of June, but pricing details have not been detailed as yet. 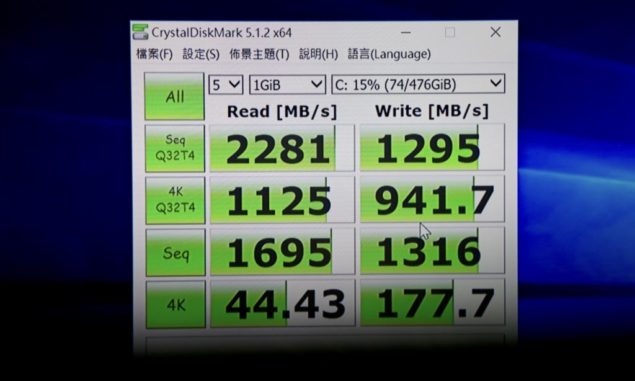 Other Storage Products From The Company?

Plextor also introduced its newest EX1 Portable SSD which will be USB 3.1 and available in the 128, 256 and 512GB storage capacities. This portable SSD will also come with a 5 year warranty and features the Via Labs VL716 controller. Using a USB 3.1 Type-C interface, the performance is listed at 550MB/s read and 500MB/s write. Additionally, this SSD has a MTBF of 240 million hours and pre-testing of this device includes Plextor’s own 1008 hour Zero-Failure Zero-Errot Test standard. Unfortunately, just like M8Pe, pricing details have been left out of the loop. 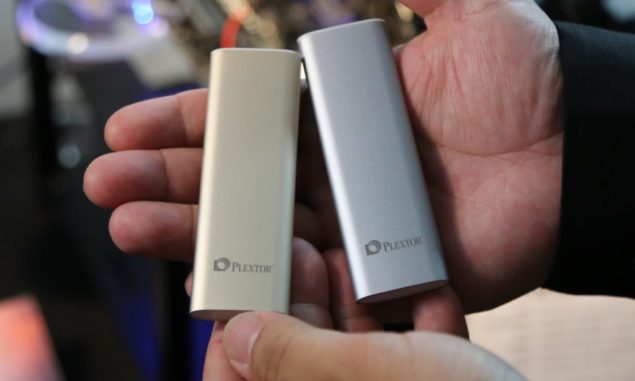