PlayStation VR To Release This Fall, According To GameStop CEO

The PlayStation VR is only one of the VR headsets launching this year, and it's definitely one of the more interesting ones, as it's the only one launching for consoles this year. Not much is currently known on how much it will cost or when it will be released, but it seems like PlayStation fans will have to wait a few extra months before being able to enjoy a VR experience on PlayStation 4. 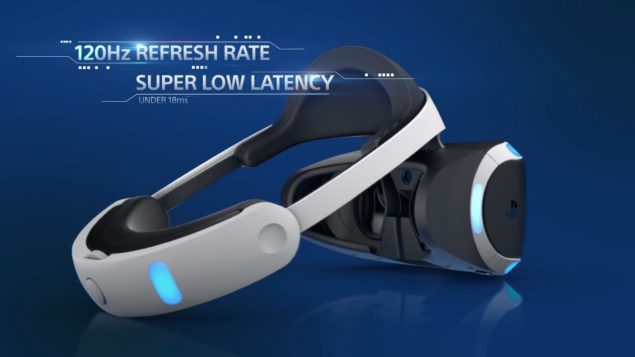 In a recent interview with FOX Business News' Morning with Maria, the GameStop CEO Paul Raines has let slip that the PlayStation VR headset will be released this Fall when talking about VR headsets launching this year such as the Oculus Rift and the HTC Vive. You can find the PlayStation VR statement at around the 3:35 mark of the video below.

“We are right now preparing for the launches of the major VR products, so we’re in discussions with Oculus, with HTC Vive and with Sony.”

“Its a big launch, we’re getting ready for it, we will launch the Sony product this fall, and we are in discussions with the other two players.”

The PlayStation VR headset is currently scheduled for a first half of the year release, so it would definitely be disappointing if it's indeed releasing this Fall. Releasing the headset later than anticipated, however, might allow development teams to get more titles ready for launch, as well as let Sony show more of the headset even during E3 2016 and other events.

The PlayStation VR headset has yet to receive a final release date. We will let you know more about the matter as soon as possible, so stay tuned for all the latest news.