PlayStation 4’s Announced 2018 Titles Are All Releasing In The First Half Of The Year, Shawn Layden Says 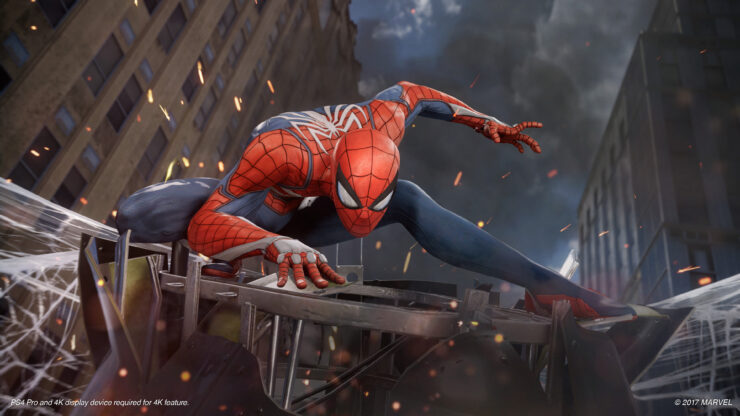 Sony's E3 2017 hasn't been the best the Japanese company had in recent years, with most shown PlayStation 4 games releasing sometime next year. Things, however, are better than what it may look like, according to what the Sony Interactive Entertainment America CEO revealed in a recent interview.

Speaking with the Telegraph, Shawn Layden confirmed that all the games coming to PlayStation 4 in 2018 are going to be released in the first half of the year.

The second most common criticism of Sony’s conference was the lack of titles on show with 2017 release dates. The Uncharted spin-off Lost Legacy and Horizon Zero Dawn expansion aside, everything was set to release next year. Bizarrely, one of the few major titles Sony is releasing between now and Christmas, racing sim GT Sport, didn’t even make the cut.

“To be honest, we’re already halfway through 2017…” Layden counters - and he has a point. It’s been an unusually front-loaded year for Sony thanks to successful Spring releases like Horizon Zero Dawn and Nioh.

“And that's the nature of game development. No, I feel the lineup we have coming into the holidays this year - and GT will launch in the fall - I don't know if you got to go to the pre-show [hands on event for media]? Well GT was heavily represented there on the floor. We think there is a lot of attention around that title from our company. And the stuff coming in 2018, all of that is coming in the first half of the year, so. Is it in the next 12 to 13 months? Most likely. So.”

One of the PlayStation 4 exclusive games launching next year is Insomniac's Spider-Man, which promises to be the game to get for fans of Peter Parker and super-heroes games. The game will come with an original story which will place familiar characters in unfamiliar roles and more.

Be Spider-Man – An experienced Spider-Man with several years of crime fighting under his belt, Peter Parker has sheer mastery of his powerful spider-sense, dynamic skills, acrobatic abilities, and new suit.
Original Story – An all-new Spider-Man universe featuring familiar characters in unfamiliar roles. Peter Parker deals with his complex dual life as a young adult with great powers, discovering how his many relationships evolve.
Blockbuster Action in an Open World – Swing freely through Marvel’s New York City as Spider-Man via cinematic set-pieces filled with a rich narrative and relatable characters.