Sony’s latest PlayStation 4 video game console was launched back in November 2013, and soon it will be one year old, but thankfully during all this time, there have been no far-reaching reports regarding any heating issues blotting the console. However, it looks like the PlayStation 4 Intercooler, which is one of the very few useful PlayStation 4 third-party accessories available in stores right now, is still very beneficial for your console as a cheap and reliable cooling solution that distributes heat away from the system. 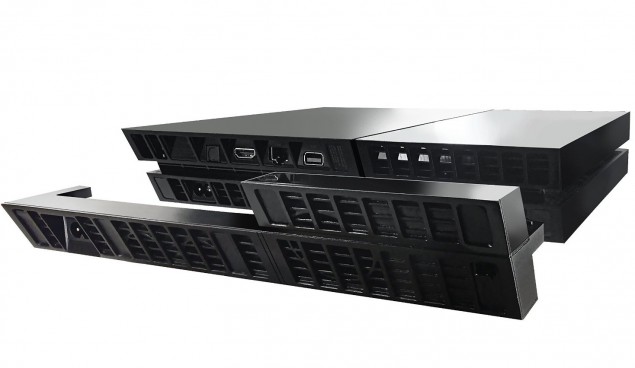 Sony surely scored a huge point by creating an eighth-gen video game console that is considerably compact as well as alluring compared to its counterpart, and despite that fact that the power source of the console is built-in as well, it is good to know that it does not suffer with any major heating problems, as none have been reported on a large-scale. However Nyko Technologies, which is a US-based third-party accessories manufacturer, still felt the need for the PlayStation 4 Intercooler, a cooling solution for Sony’s latest console.

Chris Arbogast, Nyko’s marketing director, sent a press release to Gameidealist explaining why the PlayStation 4 Intercooler is beneficial for the latest console. According to him, the PlayStation 4 Intercooler serves as a cheap and reliable cooling solution that donates heat away from the system and provides better circulation even if the system is placed close to other digital devices. Here is why Chris thinks Nyko’s intercooler for Sony’s latest console is important and useful:

“Pulls hot air out and away from the system. Allows access to all back ports. Matches the decor and lines of the PS4 console. Reliable and affordable cooling solution that distributes heat away from the system, and improve overall air circulation in a multi-device environment.”