Sony recently released PlayStation 4, company’s best shot in the sprint of next-gen consoles. The console comes with an impressive price tag of $399 that is $200 less than the current-gen PlayStation 3 launch cost and $100 less than the price of Microsoft’s next-gen Xbox One. A recent research has revealed how much is the PlayStation 4 build cost and once again it looks like Sony is not profiting much from the console. 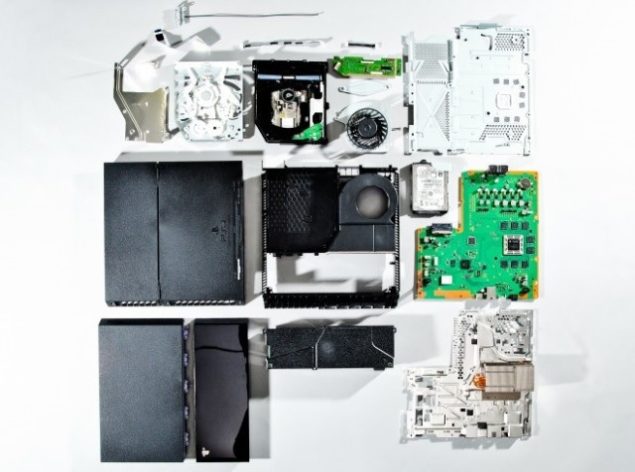 Console gamers went crazy to buy Sony’s next-gen console, PlayStation 4 on its launch and even after the reports of broken PlayStation 4 hardware, the number of fans is far from decreasing. One of the main reasons of Sony’s successful PlayStation 4 launch is an attractive $399 console price tag, an uncut bill of $100 to save on the Sony’s next-gen console if you are deciding between PlayStation 4 and Xbox one because Xbox One costs $499. But how is Sony managing to provide such a piece of next-gen hardware at this aggressive price, seems like Sony is keeping the burden of high cost to itself.

A recent teardown research by IHS shows that PlayStation 4 build cost is $381, which is only $18 less than the market price of the console. The reported cost is only of the console’s hardware and it does not include the amountof money Sony pays the workers who put the whole console together. The elements that are sucking more than the half of PlayStation 4 build cost are the chips installed on the system, claims the IHS teardown report. The chips include an “unusually large” AMD processor that costs $100 and 16 individual memory chips manufactured at the cost of $88.

The AMD chip is 350 millimeter, making it extraordinary large. “This chip is just gigantic. It’s almost three times as big as the next-biggest chip we’ve seen.” Said Andrew Rassweiler, an analyst at IHS in an interview with allthingsD. “But, in the complex world of chip manufacturing, bigger isn’t necessarily better. Chips with a larger surface area have a higher probability of suffering from manufacturing defects”. 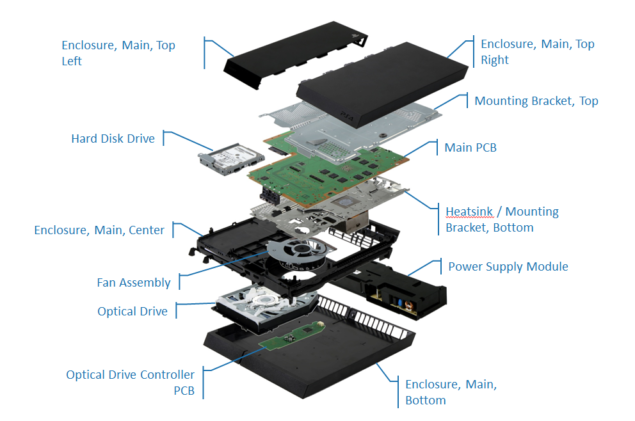 Other PlayStation 4 build hardware includes a Seagate hard drive that costs $37, the $28 optical drive, some wireless chips from Marvell and Skyworks, Bluetooth chips from Qualcomm, an audio chip from Wolfson Microelectronics and a motion sensor chip from Bosch. The PlayStation 4 build cost also includes the $18 manufacturing cost of DualShock 4 controller. Only one controller comes with the console while addition units are sold at $60, meaning Sony gains quite some profit from the controllers that are sold individually. 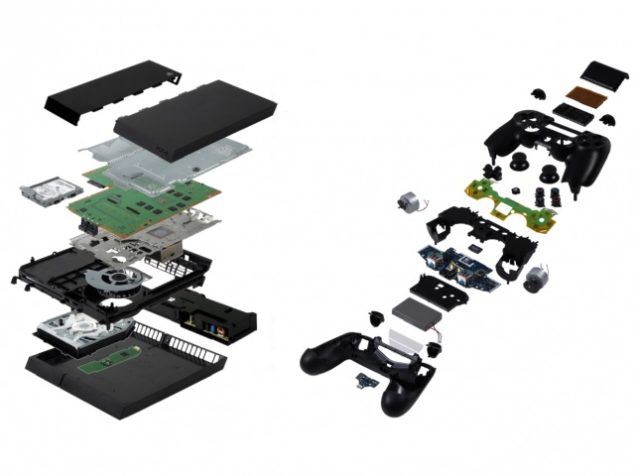 However, this time Sony is getting a much low hurt compared to the loss the company suffered back when PlayStation 3 was launched. IHS teardown of PlayStation 3 back then revealed that Sony’s $599 console costs $805 dollars to build. Leaving Sony to put all its bets on the games. PlayStation 3 was later brought down to $299 but it still costs $336 to build.  Andrew said, “If Sony could build the PS4 for a lower cost it would do so, but if history is any indicator, it would also lower its retail price”.

This puts Sony at a little ease with the PlayStation 4 build cost but still the company is cashing no profit from its next-gen PlayStation 4 console. For profit, Sony now only leans on the games and accessories of the console. Rassweiler said, “It looks like once again, when it comes to profits, it’s all about the game titles”.