What started off as a fun game to keep zombies off the lawn with the help of horticulture come to life and has now elevated into a Team Fortress 2-esque shooter for the consoles with free DLC packs to match has had its time on the Xbox One, Xbox 360 and the PC, but now the time has come for the plants to spread their roots to the PlayStation platforms. 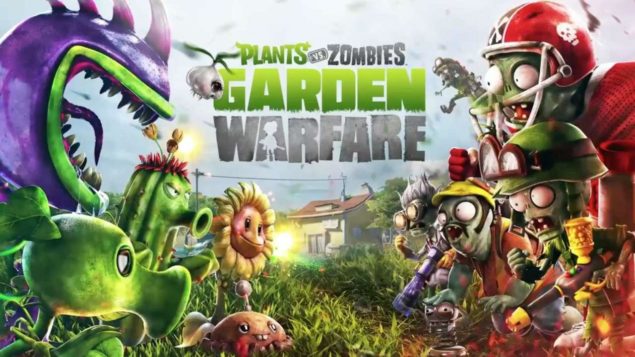 While the game is slated to be released in 21st August for the US and 22nd August for the UK and Ireland, the price is still not mentioned. If you have put away your gardening tools then now would be a good time to get them ready for the PlayStation.

Plants vs Zombies Garden Warfare is a game that will definitely pique your interests. Why? Free DLC. The PlayStation Version of the game comes with Garden Variety and Zomboss Down DLC packs included saving you the additional download time and already allocating space for your downloads.

Plants vs Zombies Garden Warfare on the PS4 will feature 1080p / 60FPS, split screen on the PS4 (local) as well as Remote Play to allow for playing while on the go, lastly, the game will also be playable with a companion app during boss mode to allow for a better playing experience as a support player.

As you can see, the studio has indeed heard the requests of fans who wanted the game on the next platforms and it seems that the timed exclusive period for the game has expired and has successfully led the game to be released on a PlayStation console.

While the details on the PS3 version are lacking at the moment we can only assume that it will be the reverse of the PS4 version and down scaled to 720 / 30 FPS. Don't count on the chance of a split-screen for the PS3 version.

The game is being sold for $39.99 on the Xbox 360 and Xbox One while the prices on the PC version vary from region to region thanks to Origins pricing policy.

Garden Warfare is definitely a game to keep your eyes on and it seems that this is one game you wouldn't want to miss out on when it hits the PS4. While the price is still in the shadows you can sure that it will be weeded out by the time E3 comes around.

What do you think about Plants vs Zombies Garden Warfare coming to the PS3 / PS4? I knew deep down that will definitely be a timed exclusive and am sort of glad my instinct was right, I am definitely going to give the game a go when it comes.