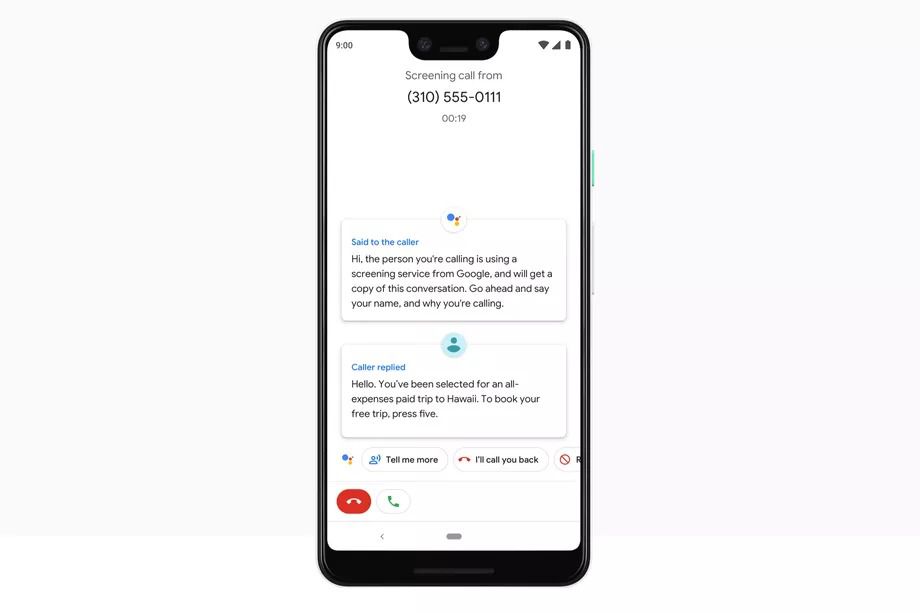 Ever since its debut alongside the Pixel 3 and Pixel 3XL last year, Google's Call Screening feature has made its way to older devices. If you're fortunate enough to have it on your phone, you never have to worry about answering phone calls from unknown numbers. It can even help you out filter out robocalls and spam by answering them and auto-playing a pre-determined script. Soon, the feature will trigger automatically when it detects a known spam number or a robocall.

XDA Developers stumbled upon this detail in their recent APK teardown. If enabled via a toggle in the settings, Google Assistant automatically answers calls from unknown numbers. Numbers that are flagged as known robocalls are silently declined without interruption. The Assistant will use Google's in-house spam numbers database as a source for said information.  Unknown phone numbers, on the other hand, ring a few moments later. A transcript is saved automatically shortly after. This change doesn't affect numbers saved in your contacts, though. You can still choose to screen them manually via a button, which is how it works right now.

Considering that the feature is in a beta version of the Google Phone app, it may be a while before it is rolled out en masse. Features from beta releases often take a while to make it to a stable version, and it is likely that Google will have to iron out a lot of kinks out of the app. The only foreseeable downside I can imagine is unknowingly shuttling off your family and friends to an automated reply. It is a small price to pay to counter the horde of robocalls that seem to be plaguing the telecommunication industry.